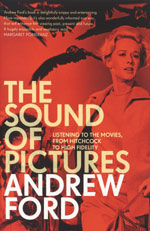 The temerities of film music

Claudia Gorbman, in her ground-breaking and much-admired book Unheard Melodies: Narrative Film Music (1987), invites us to imagine an alternative cinematic universe, one in which music has never played a part. Imagine if this were the norm, and imagine, after years of being accustomed to films in which music was absent altogether, attending a film such as the 1940s weepie Mildred Pierce and hearing the ebb and flow of Max Steiner’s luscious orchestral score. ‘What sheer artifice this would appear to the viewer! What a pseudo-operatic fantasy world! What excess: every mood and action rendered hyperexplicit by a Wagnerian rush of tonality and rhythm! What curious music, as well – robbed of its properly musical structure, it modulates and changes color, chameleonlike, in moment-to-moment deference to the narrative’s images.’ Of course, film music does not always defer to the narrative’s images, but Gorbman makes a good point: our willingness to admit music – music which emanates from a source external to the action on screen – as a perfectly normal constituent of film. It is surprising that we don’t find music in film surprising.

Music and the movies go a long way back. Silent films were rarely silent. More often than not, they were accompanied by live music. Cinema musicians of the silent era had the option of selecting their music from published volumes of specially composed pieces that were able to be mixed and matched to suit just about any visual cue: starlet tied to the train tracks; cops and robbers; lovers rushing into each other’s arms. The codes for these musico-dramatic pairings (villainous music for a villain, heroic music for a hero) did not appear from nowhere. Not surprisingly, two of the five composers interviewed by Andrew Ford in The Sound of Pictures cite the influence of opera on their work in film. ‘It always comes back to opera,’ says Lalo Schifrin, composer of the music to Dirty Harry and The Great Escape, as well as the Mission: Impossible television theme. Lord of the Rings composer Howard Shore has actually written an opera, The Fly, which was staged by Hollywood director David Cronenberg at the Los Angeles Opera, in 2008. Shore had earlier composed the score for Cronenberg’s film The Fly, itself a remake of the 1950s sci-fi classic starring Vincent Price.

But while opera and nineteenth-century music more generally provided film music with much of its basic vocabulary, grammar, and syntax, we are still faced with the question of what exactly music is doing in film in the first place. After all, no music, no opera. But music is not fundamental to the movies, so its long-standing and widespread use in film must be attributed to something else.

That something else is commonly thought to be the setting up of the on-screen world. Music is a powerful agent in establishing tone, building atmosphere, and pushing you in the direction of wherever it is that the film-maker wants you to be. You are sitting in a cinema, but you have to be transported somewhere else – into the rhythm and mood of the film unfolding before you – and music is able to do the transporting. Music helps to make the on-screen world convincing. It washes around you, envelops you and leaves you open to suggestion. In short, it manipulates you.

The extent of that manipulation differs from one film to the next and from one film-maker to the next. Ford interviews five directors in The Sound of Pictures – Bruce Beresford, Peter Greenaway, Sally Potter, Peter Weir, Wim Wenders – and the topic of music and manipulation is a recurring one. Weir’s The Truman Show includes a scene in which the practice of using super schmaltzy music for emotionally manipulative purposes is laid bare and, later in the film, recapitulated to ironic effect. Weir is particularly attuned to the power of music, and music seeps into his work through various stages of the film-making process: writing the screenplay, working on set, directing the actors, viewing the dailies, briefing the composer, and editing the final film. As he sees it, music in the completed film should ideally fill a gap rather than enhance what is already present. There are things that cannot be said and cannot be shown but that can be evoked through music. ‘I use it [music] when I can’t say it in any other form.’

Ford’s interviews with directors and composers (in addition to Schifrin and Shore, they are Richard Rodney Bennett, Dick Hyman, and Ennio Morricone) bookend The Sound of Pictures. Composers at the front, directors at the back. The latter section is more captivating than the former. The book’s middle chapters are given over to observations on the use of music, sound, and silence in movies from the 1920s to the present. Classical music, popular music, speech inflections, and sound effects are Ford’s principal themes.

Alfred Hitchcock’s films come in for especial treatment. Hitchcock’s soundtracks, many of which were composed by the highly gifted Bernard Herrmann, hold an exalted place in film music circles. But rather than rehashing familiar narratives about the brilliant use of music in Vertigo, North by Northwest, and Psycho, Ford takes a somewhat different approach and shows that Hitchcock, who has long been lauded for his phenomenal eye, also had a phenomenal ear. Instead of focusing on musical underscoring (that is to say, music that is heard by the audience but not by the characters in the film), Ford looks at Hitchcock’s use of source music (music that originates from a source within the film, perhaps a scene in a concert hall or nightclub) and demonstrates how frequently the director used music as an agent for storytelling, or, more precisely, clue-dropping. He who listens attentively solves the crime.

Around the time I read The Sound of Pictures, I saw The King’s Speech. At the climax of that film, George VI (Colin Firth) gives a radio address to his people. War having been declared on Nazi Germany, the king has a sombre message for his subjects. The speech is both a personal and a public test. Encumbered with a stammer, the king has to match the resolution of his words with a firmly resolute voice. He must perform his duty as sovereign and speak to and for the nation and the Commonwealth. As he delivers his speech, we see listeners in different parts of the country huddled around the wireless – factory workers, old men in a pub, soldiers in a field. But the king is not allowed to speak alone. His solemn address is given a musical underscore – the slow movement of Beethoven’s Seventh Symphony. It struck me as eccentric that the British monarch, speaking at this ‘grave hour’ in the history of his people, was propped up, musically speaking, by a pillar of German Kultur. A case of music and film in agreement or at odds?