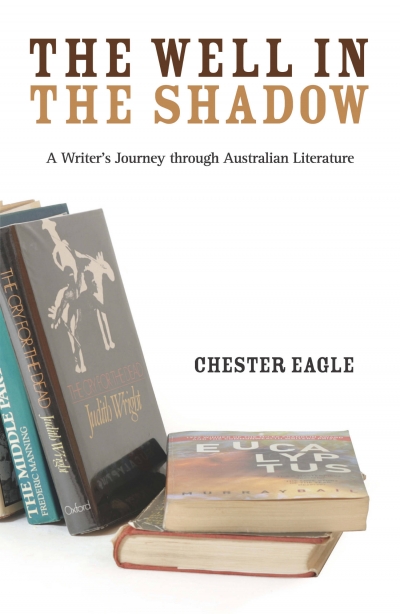 The Well in the Shadow: A writer’s journey through Australian literature

The Well in the Shadow, whose title is drawn from Katharine Susannah Prichard’s Coonardoo (1929), is an unconventional book, shaped entirely by Chester Eagle’s idiosyncratic responses to certain writers and their work. Eagle’s engagement with, and enthusiasm for, the texts he considers are undeniable. So too is his close knowledge of the books and writers discussed. The range of subjects is broad and reasonably inclusive, but I did wonder, given the book’s subtitle, about the absence of well-known writers such as Peter Carey, Tim Winton, David Malouf, and Christina Stead. Nonetheless, the choice is diverse.

Another strength of this collection is Eagle’s readiness to pose trenchant questions that are usually left unasked. In the essay ‘Jack and George: Who Owns a Life?’, for example, Eagle reproves George Johnston for ‘cannibalising’ the lives of his brother Jack and his wife Pat in My Brother Jack (1964), and for mythologising them in ways they found humiliating. Drawing on interviews he conducted with Jack and Pat in 1980, Eagle is able to give voice to their sense of violation:

Jack and Pat I met in July 1980, when the book had been in circulation for sixteen years, and they were still uneasy with it, accusing it of being wrong, of not representing them as well as it should, taking issue with points of detail (as if the book was meant to be an accurate picture of them) while at the same time rejecting it because they felt their lives had been quite other from what George had shown.

The Well in the Shadow: A writer’s journey through Australian literature