A year ago, I came to Australia prepared to spend the first half of my sabbatical leave completing a book on John Keats. Never having been to Australia, I was eager to spend some time here: five months in all. When I participated in the 2008 Mildura Writers Festival, it became clear to me that something both delightful and extraordinary was at work. There was a fine group of writers, including Les Murray, David Malouf, Alice Pung, Alex Miller, Sarah Day, and Anthony Lawrence. But what made the festival remarkable was the combination of conviviality and serious talk about literature and ideas that surpassed anything in my previous experience, which included far more such events than I could begin to count.

In the months that followed I developed friendships with a few of these writers that already feel to me like the kind of friendships one is lucky to find once in a decade. For someone like myself, who had been teaching and writing about friendship for the last quarter century, this was simply unaccountable. How, in just five months, had I developed new friendships of such depth and delight, the kind that I feel certain will last a lifetime? And by what quirk does it turn out that one of those new friends has written more searchingly and perceptively about friendship than any fiction writer I have encountered in years? Alex Miller’s Landscape of Farewell, as I argued in the July 2009 issue of the Australian Literary Review, is the most subtle and profound treatment of friendship in any contemporary novel I know, Australian or other-wise. 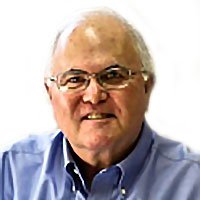 Ronald A. Sharp is Professor of English at Vassar College and a former editor of The Kenyon Review. His six books include The Norton Book of Friendship, co-edited with Eudora Welty. He was a guest at the 2008 and 2009 Mildura Writers Festivals.

Ronald A. Sharp is Professor of English at Vassar College and a former editor of The Kenyon Review. His six books include The Norton Book of Friendship, co-edited with Eudora Welty. He was a guest at the 2008 and 2009 Mildura Writers Festivals.