Shortly before the federal elections of October 2004, Treasurer Peter Costello delivered an address entitled ‘The Moral Decay of Australia’ to 16,000 members of the Assemblies of God at the Sydney Hillsong Church. For his main theme, Costello invoked ‘the Judeo-Christian-Western tradition’, the core of which, according to him, was the Ten Commandments. He lamented that few people could recite the Commandments today, despite the fact that ‘they are the foundation of our law and our society’. He listed the legacy of that tradition as the rule of law, respect for life, respect for others and private property rights. ‘Tolerance under the law,’ he added, is also, ‘a great part of this tradition.’ Then, after a few backhanders to the Islamic Council, the Victorian government, rap music, prostitution, and drug barons, he reiterated the importance of mutual respect and tolerance, and went on to urge a return to ‘genuine faith’, an affirmation of the ‘historic Christian faith’ and the values ‘set out in the Ten Commandments about how to order society’. Finally, he told the audience how good and important it was. Devout Christians were the ballast of society: it is ‘their inner faith that gives them strength. Our society won’t work without them.’ Post-election analyses suggested that the audience liked what they heard; yet almost every word was gammon.

In July 2005 Costello returned to speak at the Hillsong Church and was given a ‘rapturous welcome’ by an audience of 20,000. This time the NSW premier and several federal and state ministers were also present. Costello noted the ‘massive growth’ of Hillsong Church. ‘There’s a definite movement, and it’s having a wonderful effect on the lives of our young people and of our society’, he said. Within days of this event, Opposition Leader Kim Beazley revealed his delicate religiosity (‘I’m also careful what I pray for. I don’t pray for victory. I don’t assume that God necessarily wills a Labor or Liberal victory’). Kevin Rudd and some other politicians from both sides outed themselves as Christians, and the economist heading the new Fair Pay Commission informed the public that he would endeavour to do God’s will in the discharge of his new duties. Of course, on the world stage, more august figures have declared themselves to be doing God’s will. George W. Bush, Osama bin Laden and many of their associates believe themselves to be doing that, but, according to reports, only the first of these mass murderers thinks that he is receiving instructions directly from the Almighty. 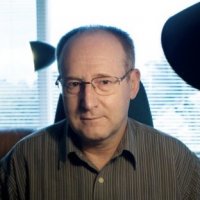