So often, the language used to discuss Australian literature is that of anxiety. A.A. Phillips’s ‘cultural cringe’, coined in 1950, is never far from the critical surface as readers and commentators grapple with questions of national and literary identity. The report of the 1995 Miles Franklin Award’s judges offers one such example:

That the novel that inspired these observations is The Hand That Signed the Paper is beside the point, as is the underlying assumption that ‘migrant’ refers to Australia’s Demidenkos rather than its Darvilles. Of more interest is the evident anxiety about Australia’s ‘insulated’ distance from those political and social movements that constitute the worthwhile stories of the century. Meaning, the implication is, must come from abroad.

Nobody could ever accuse Christos Tsiolkas of an interest in ‘the vapid aspects of Australian life’. Dead Europe is a book whose big ideas are played out on a global scale. It is also a book that unflinchingly explores the nature of the Australian experience. It is bold, gripping, and deeply disturbing – almost enough to make one pray for some vapidity.

It is easy to imagine the protagonist of Dead Europe as Ari from Loaded (1995), twenty years down the track. The anger is still there, largely beneath the surface, as is the disillusionment with identity politics. But Isaac is a tangibly older, somewhat wiser narrator than Ari: the consuming sense of nihilism and lack of purpose has been replaced with a fear of disconnection; Isaac, ruefully aware of his thickening waistline, lacks Ari’s vain confidence in his own youth; to a certain extent, he is reconciled with his Greek-Australian status, with his sexuality, even with his deeply unhappy and fractured family. The same dance of identity that so characterised Tsiolkas’s earlier work is still the key, but the steps are surer this time, and an exploration of anti-Semitism is the underlying tune.

Tsiolkas’s Europe is a world of uneasy alliances and even uneasier ideological and political shifts. Isaac tours a new-old continent, far removed from the tourist postcards. Tsiolkas is particularly strong on the expatriate’s disappointment in the face of changes to the mother country. Isaac views the designer clothes and corporate branding of contemporary Greece with disapproval. This is neither proud Greek culture nor the workers’ idyll that his father’s generation fought for. Interspersed with Isaac’s travel experiences (and thoughts of home) is a parallel narrative set in wartime Greece. These chapters adopt a more folkloric tone than the rest of the narrative. The first few are almost reminiscent of Louis de Bemières in their depiction of wartime village life. But Tsiolkas is not a writer who is prepared to content himself for long with bland niceties, and the tale of hatred and death carries with it the inexorable weight of ghosts.

There is something unmistakably grimy and compromised about all the interactions in this book, but that is the milieu in which Tsiolkas excels. The despair and the alienation felt by almost all of the characters in this dark, angry book are offset by a passion for ideas – both the author’s and their own. It is, at times, contrived: Colin’s swastika tattoo; the mute old man and his blind wife who strain too hard for effect and ring a little hollow. Other sections of the book, particularly those concerned with the wartime narrative, are excessively portentous. Tsiolkas is guilty of some overwriting, but, on the whole, most of the flourishes of language and indulgences of plotting are effective.

Then Isaac visits Prague and things become unpleasant. While present from the outset, certain elements – most notably corporeal, violent ones – begin to take hold and dominate the book. With the nastiness of Tsiolkas’s previous novel, The Jesus Man (1999), still lingering at the back of my mind, I had hoped that this was just a horrific interlude. It’s not. The tendency towards the transgressive and the disturbing content isn’t really a problem in itself. For the first two-thirds of the book, the use of the abject – of darkness, of decay, of horrific violence and racism – is so perfectly balanced with the characterisation and narrative that it adds force to this remarkable book. In the last act, it’s all that’s left. Is Tsiolkas arguing that racism – no, anti-Semitism – is inescapable? Does he want us to reflect on our responsibility to our history? Are we all cursed by an inherent violence and inevitable bloodlust? In the end, the clear vision and enquiring intelligence that make this book so important are lost.

The energy, the furious – even poisoned – drive that propels this novel is thrilling. As a meditation on the corrosive, consuming power of hatred, it is convincing and compelling. It is also a deeply political novel; about those beliefs we accept and those we reject, and how little our positions regarding them really matter. It’s a very modern ghost story that is truly haunting and haunted. I just wish there hadn’t been so much shit and blood, semen and vomit. It seems like a lot of waste. 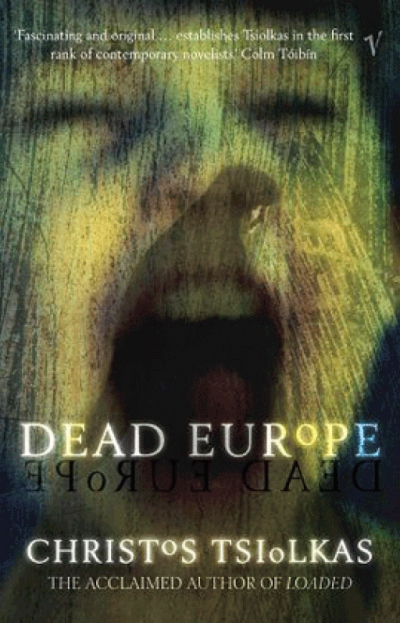