Just as we are unlikely today to think of South Wales when in New South Wales, the existence of the Sydney Opera House does not of itself draw our collective attention towards opera. It is a structure more to be seen than heard; its professed reason for being long ago overshadowed by those iconic sails, and by the internal compromises that mired its construction. The Joan Sutherland Theatre, for instance, presents physical and technical hindrances to opera production that the recent renovations can only partially redress.

Erecting a public space for opera on such a scale and cost, in such a prominent location, was always going to be a fraught endeavour in Australia. Opera has never been front and centre of the nation’s cultural consciousness, and yet here was a bold attempt to make it so by sheer force of architectural conceit and stunning location. The public turmoil that accompanied its construction was of such a scale that it eventually inspired an opera in its own right, The Eighth Wonder (1995), by Alan John and Dennis Watkins. It in turn serves as one of eighteen Australian operas for investigation in Michael Halliwell’s National Identity in Contemporary Australian Opera: Myths reconsidered. The underlying premise of the book ‘is that it is possible to read the postcolonial development of Australian national identity in the nation’s modern operas’. To this end, Halliwell discerns recurring themes across these works, such as their interest in ideas of ‘the quest’, ‘the outsider’, ‘gender’, ‘race’, failure’, and ‘the bush’, among others.

With the exception, perhaps, of ‘the bush’, at first glance there seems to be little that sets Australian opera apart in such themes; they are also frequently encountered across the mainstream operatic repertoire. Such ubiquity speaks both to the form’s international currency but also to its historic cultural ambition. What is perhaps more telling about the peculiarities of the Australian operatic landscape is the fact that The Eighth Wonder is only one of a very small number of contemporary Australian works to have received more than one production. This dismal statistic is true even of the work that Halliwell considers to be ‘central to an Australian operatic canon’, if such there be one: Richard Meale and David Malouf’s Voss (1986). I suspect there would be very few opera singers or performers, let alone audience members, who could hum a note of it today.

Halliwell’s survey of these eighteen works thus takes on something of the character of an archaeological dig. In returning each of these works to our attention, he provides detailed synopses and digests of their critical reception before exploring the broader themes they share in common. This alone makes his book a useful reference work. A more complete understanding of their reception, however, would require closer consideration of the institutional context in which each work arose. The shape and form of these works will have been determined as much by the contingencies of institutional cultures, the public, and private funding arrangements that lie behind them, as much as by a composer and librettist’s wish to tap into, and express, something of the national Zeitgeist. Furthermore, a rarely acknowledged accompaniment to all this creative work is the lack of strong advocacy from our national company, and also from our conservatoires and the mainstream arts media, for the very idea of a repertoire of Australian operas.

Arguments derived from close engagement with the music itself are also few and far between. The following assertion by the series editor, Roberta Montemorra Marvin, in her preface – ‘new brands of scholarship have allowed a more comprehensive and intensive interrogation of the complex nexus of means of artistic expression operative in opera, one that has meaningfully challenged prevalent historicist and formalist musical approaches’ – is one that should therefore, in this context, not pass without comment. Such a scholarly approach has no doubt enriched some aspects of our understanding of opera in society, but I worry that it can also serve as an excuse for music scholars to avoid in-depth engagement with the music altogether. It is self-evidently true that much of the meaning and peculiar affective force of opera is to be found in the music as much as in the text, or more particularly, in the interconnections between both.

However, Halliwell’s focus may have been drawn more towards the libretto of these works because the musical aspects of these works are also the least overtly Australian in character. The kinds of contemporary compositional styles one most frequently encounters in Australian operas are essentially international in origin and character. This book is at its most interesting and provocative when considering the ways and means by which Australian opera composers have nevertheless tried to engage with, or allude to, Indigenous cultures. Today such attempts might also face the added challenge of likely accusations of cultural appropriation.

This in turn points to an overarching problem that Halliwell himself alludes to in the preface. Musical attempts at expressing, let alone defining, an Australian national identity will always be uncertain and unstable, caught as they will ever be between the echoes of the global cultures that initially European, and now more recent, migrants have brought with them to these shores, and the Indigenous cultures they largely ignored or usurped in the process. Ultimately, it is no surprise (nor damning criticism) to note that Halliwell does not in the end offer a compelling overarching view of the current state or future direction of contemporary Australian opera. Indeed, as he notes himself, ‘[i]f there is one aspect that perhaps stands out in this journey through recent Australian opera, it is the wide variety of subject matter and musical styles displayed in the operas that have been discussed’. His survey serves to remind us, above all, that no nation (but especially ours) can be an island entire of itself. In these days of rising xenophobia in Australian public life, that is no bad note for us to hear. 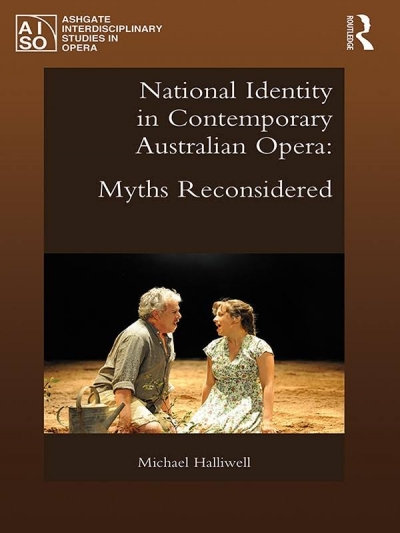