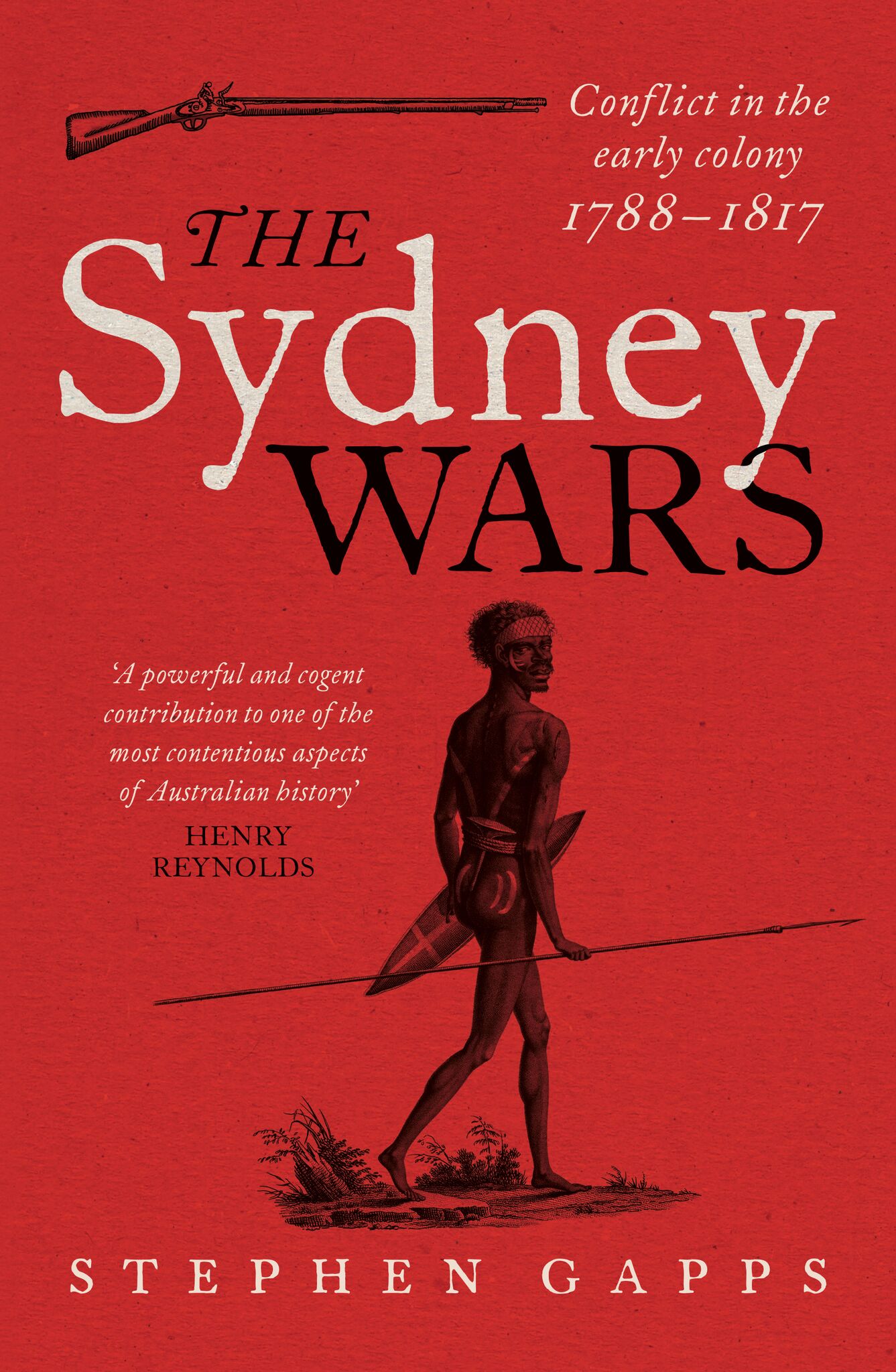 Dear Editor,
Alan Atkinson is fair to grant the meticulous scholarship of Stephen Gapps some more or less unreserved praise for his recent book The Sydney Wars (ABR, August 2018). But I had hoped that Atkinson would notice the significant gap in Gapps’s sources: the lack of Aboriginal testimony. The Sydney peoples know their history very well, especially, of course, the more recent. Within the communities there is still much information as to which clans helped whom in fighting the Redcoats, and of events that did not make it into the official archives. There is even a set-piece Dharawal narrative of the Appin massacre quite unlike any of the published accounts. It is almost fifty years since a few historians of Aboriginal Australia began to take oral history seriously – and actually get out there and start talking. There really is not much excuse now for not listening to Indigenous voices.

Thanks to Peter Read for that important comment. I would not challenge his knowledge of the area, but I think he goes too far in saying that my praise for the book was ‘more or less unreserved’. I do mention at the end, too vaguely I suppose, ‘the limitations of Gapps’s approach’. There I include the need in any more comprehensive account for ‘a more relativist understanding of violence’, but I should have been more explicit altogether about missing Aboriginal perspective. As I did say, the book seems to me to do very well within its own implied parameters. There is much more to the story, but there can be real virtue, surely, in retelling the story of invasion mainly from a European perspective. Stephen Gapps, in doing so, (one) demonstrates that the invaders themselves had a fairly clear sense of what they were doing and what they were up against, a clarity lost to historians later on; and (two) tells a story that, while it misses some of the larger subtleties of our current ‘moment of truth’, probably matches fairly neatly the language of international human rights, which has to be one-size-fits-all (but I defer to experts there). All that said, no doubt Gapps might have made himself safer by being more explicit as to the purpose and limitations of his study. 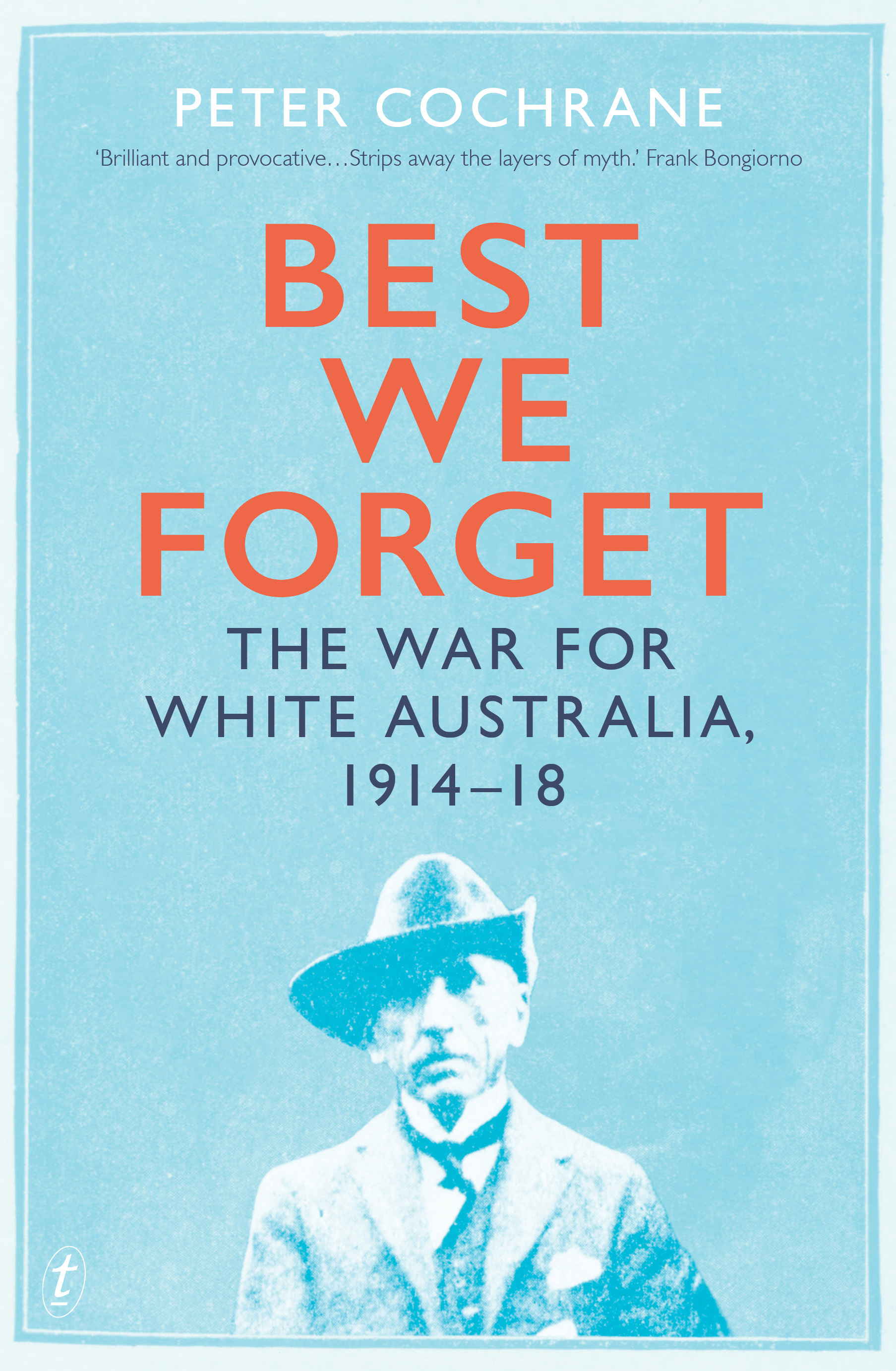 Dear Editor,
Marilyn Lake’s review of Best We Forget: The war for White Australia, 1914–18 (ABR, August 2018) contains several errors that are gross misrepresentations. I will mention just two. At the outset, Lake suggests that I am arguing that Australia went to war ‘not primarily to support the Mother Country in fighting German militarism, but rather to secure the goals of White Australia’. On page nine of Best We Forget, readers will find this sentence: ‘The primary objective, of course, was the defeat of Germany, the survival of Britain and the empire, and the maintenance of those strategic, economic and sentimental ties that most Australians cherished.’ Lake continues in this vein, claiming that I go on ‘to make the case’ for an argument I have not proposed. On the contrary. The second misrepresentation is probably more egregious than the first. Lake cites my reference to the late John Hirst’s belief that ‘history will never beat myth’ and from there proceeds to argue that this is my position. She is quite wrong, and the use made of the reference to my late friend is mischievous because I not only quoted him but went on to say that I was ‘a little more hopeful’ than he. That was gentle understatement. Lake continues in this vein, claiming that I ‘seem to concede defeat in the face of popular storylines’. Careful readers will have noted the epigraph at the beginning of the book, the words of a great historian, Inga Clendinnen: ‘In human affairs, there is never a single narrative. There is always one counter-story, and usually several, and in a democracy you will probably get to hear them.’ In the chapter on popular memory I argue, à la Clendinnen, that in democracies there is plenty of room for contention and controversy and for history to win out, at least in the long run. I say this: What that nation remembers can and does change, but only with vigorous debate and only when the conditions are ripe for change. Uncomfortable truths are not easily resurrected, but this can happen with the eruption of formerly unheard or marginalised voices, or with the piecemeal accumulation of scholarship over time. Or both. In other words, my take on history and myth is the opposite of what Lake proclaims. The book itself, I might add, is another chapter in history’s rejoinder. Lake has overlooked that too. These and other misreadings are gross misrepresentations. Reviewers have a responsibility to authors, and readers, to do better than this.

Peter Cochrane protests too much. In Best We Forget: The war for White Australia, 1914–18, he writes that White Australia’s anxiety about its vulnerability and fear that it might be left to fight an Asian invader alone ‘was the strategic concern behind Australia’s commitment to the First World War’. He chides military historian C.E.W. Bean for self-censorship, stating that ‘he would evade the strategic significance of Japanese militarization in the shaping of Australia’s war’. Bean was one of many historians who would subsequently shape the Anzac legend to their own ends. Cochrane’s book has two themes: one elaborates the significance of race thinking – specifically fear of Japan – in shaping Australia’s commitment to World War I; the second is a reflection on history and popular memory. He regrets the power of popular memory – or myth – to distort history. He quotes John Hirst as saying, ‘My own view is that history will never beat myth’, but adds that he feels ‘a little more hopeful’ and that anyway ‘the historian’s job is to keep at it’. As I noted, he writes as an ‘embattled historian’. Unfortunately, however, Cochrane has misunderstood my review of his book. Rather than charging (‘mischievously’ or otherwise) that he supported Hirst’s position, I sought rather to question the binary terms of the argument, the way in which history and myth have been construed as oppositions, as the American historian Richard White did in his book about Ireland, quoted at the outset of my review. Thus I wrote at the end of the first paragraph that perhaps the ‘assumed opposition’ didn’t really hold, and I returned to this suggestion at the end, writing ‘the conceptual opposition drawn between history and memory – or history and myth – [was] part of the problem’ as it disavowed the role of so many historians, beginning with Bean, in shoring up ‘the perpetual commemoration of the Anzacs’ in Cochrane’s words. This historiography awaits a deeper analysis.

Dear Editor,
In Paul Giles’s review of Margaret Plant’s book Love and Lament (ABR, June–July 2018), ‘an upbeat account of how the arts flourished’ in Australia in the twentieth century, he mentions, as context, negative accounts in Keith Hancock’s Australia (1930) and Donald Horne’s The Lucky Country (1964), but he omits Geoffrey Serle’s positive, revisionist picture in From Deserts the Prophets Come (1973, many reissues and still available, as well as being an electronic resource). This made me think of the way in which the past, even the recent one, is often overlooked in contemporary times. It is disappointing that Serle’s pioneering book on the Australian arts straddling the field, was not referrenced. I recall sitting outside the staff club of Melbourne University, probably in the early 1970s, with Geoffrey Serle, when A.D. Hope entered the club, with a friendly nod. Serle ruefully remarked that he had never asked Hope for permission to adapt his title from the latter’s famous, if not now infamous, poem ‘Australia’, dropping the conditional ‘if’ from the phrase. In this poem, the speaker, returning from ‘the chatter of cultured apes’ abroad, hopes for the emergence of ‘such savage and scarlet as no green hills dare’.

Dear Editor,
Beejay Silcox’s Fellowship article ‘We Are All MFAs Now!’, on the rise and rise of US creative writing degrees (ABR, August 2018), would have to be one of the most insightful and well-constructed pieces of writing I have ever had the privilege to read. The author has captured the Zeitgeist of what true writing today should encompass: passion, intellect, and insight. There are clear messages here for Australian writing courses, not only in our universities but in our schools as well: to be honest in intent and accepting of cultural and social perspectives when exploring the vast array of reading material that is available to us thanks to our freedom and democracy.

Many people shared our concern – and those of the many writers and public figures who signed our open letter – about the future of the ABC. Here are some of their comments, drawn from the website.

I consider the ABC’s value as a public broadcaster to be unique in the modern world. Any attempt to diminish its many voices constitutes cultural vandalism.

The ABC is Australia’s voice. Don’t meddle with democracy just because she says something you don’t like.

A strong democracy needs objective, honest media, beholden to no one. There have been so many inquiries and reviews into the ABC over numerous years, all indicating that, despite the onslaught from some quarters, the ABC’s objectivity and accuracy are intact. Please retain this wonderful resource our nation has had for ninety years.

For all of its flaws, including the occasional stray into the self-referential, the ABC is a critical Australian institution; informing us, buttressing our culture, and sustaining our regional areas.

The assault on the public broadcasters, especially the ABC, is a direct attack on the very substance of our democracy, not to mention our nation’s culture of arts and sciences.

The ABC reminds me of an archipelago of very different islands of high-quality radio in a sea of mediocrity. Is there a more treasured national institution?

ABC has had a lifelong influence on my quality of life. ABC was my introduction to the world outside as a child in the bush. Eighty-three years later, it remains my link to the world. Save the ABC!

Australia is fortunate in having a national broadcaster that is free from the constant demands and push of consumerism. The range of thoughtful, provocative, and sometimes niche programming would not be found, indeed would not survive, within a broadcast network reliant only on cultivating the highest ratings in order to satisfy advertisers. The great dumbing down or destruction of the ABC would be an unforgivable and negligent act of cultural vandalism that would diminish us as a people and as a nation.

Continue the government support of the ABC, and leave it alone!