A short way into this intriguing novel, author Ruby J. Murray cites Virginia Woolf on the subject of biography. According to Murray’s protagonist, Woolf called it ‘a plodding art’: ‘Every life, she wrote, should open with a list of facts … a stately parade of the real. Births, deaths and marriages. Broken limbs, acquisitions, graduations, wars. Any interpretation of the facts, she said, is fiction. But the facts remain.’

In fact, what Virginia Woolf claims in chapter two of her fictional biography Orlando is: ‘the first duty of a biographer … is to plod, without looking to right or left, in the indelible footprints of truth; unenticed by flowers, regardless of shade; on and on methodically till we fall plump into the grave and write finis on the tombstone above our heads … Our simple duty is to state the facts and so let the reader make of them what he may.’

Nevertheless, the notion that Murray explores in her own fictional biography is one with which every biographer quickly becomes familiar: even the facts, selectively revealed and without interpretation, can create a fiction. And where Woolf was composing a wildly fictive biography based on the life of her lover, Vita Sackville-West, Murray has created a fictional biographer whose imaginary subject, Edna Cranmer, née Whitedale, is a neglected Australian artist, recently deceased.

Early The Biographer’s Lover, we learn that Murray’s unnamed wordsmith, an impoverished gun-for-hire, is wavering between several possibilities. Should she produce what she has been commissioned to write: a flattering monograph, or vanity publication, for a grieving family; or should she, at the urging of her chain-smoking literary agent, try to finagle it into a more commercially attractive, ghosted autobiography of Edna’s son, a well-known Geelong football player? Tugging her in a different direction altogether is the urge to write a ‘proper’ biography of the enigmatic Edna, to seek out her essence and tell the truth about her life and work. But why (as we the readers are led to ponder), do Edna’s daughter and son find this last prospect so threatening?

A biography, authorised or unauthorised, may range between uncovering a disturbing secret history or creating a comforting mythology. The latter, it seems, is certainly what the Cranmer family wants. Knowing this, we are further asked to consider: why might a biographer ultimately decide to be complicit in this?

Told in short segments that alternate between an account of the biographer’s own activities and autobiographical reflections, and her developing outline of Edna’s life and apparently failed career, the story moves forward in time at a steady but unsynchronised pace. ‘Edna’ was born in 1929; her biographer around 1962, and in their thirty years of coexistence in the same suburbs of Melbourne, their paths do not cross, although on occasion they veer very close to each other. Methodically, the researcher tracks her subject’s geographical movements and locales, including, crucially, a lost period in France. She also records her volatile relationship with her major sources: Edna’s surviving family members, all with their own secrets, agendas, and ambitions for the project.

A compounding layer of difficulty is added by the unnamed biographer gleaning her insights into Edna’s frame of mind almost entirely from her paintings: for various reasons pertaining to the plot, Edna’s letters are embargoed. Here the author has set herself one of a novelist’s more difficult tasks: with a fictional artist, we can have no imaginative reference to the painter’s creations in our mind’s eye, but Murray handles the problem skilfully enough, with sufficient command of art history and painting techniques to convey a convincing idea of how the these works might have looked.

Woven through the story is an evocative portrait of Melbourne’s peninsulas, specifically West Geelong and Sorrento: from Geelong comes an extended family of Whitedale battlers; from Sorrento, the Cranmer clan, grown prosperous from the proceeds of a carpet factory. Members of one have worked for the other: social tensions arise when a Whitedale daughter marries a Cranmer son. The arc of Edna’s life, as a caring wife and resolute painter, also carries us through some seminal but sometimes neglected moments in Australian history: the Women’s Land Army during World War II; the fate of female painters entering the Archibald Prize; the gendered selection of Australia’s war artists. Emblematic in the story is Ern Malley’s ‘black swan of trespass’, birds both real and symbolic. 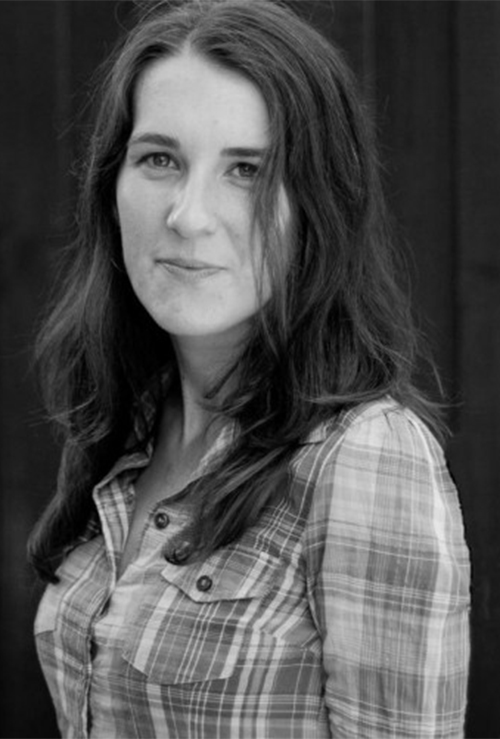 Ruby J Murray (Photo via Black Inc.)Melbourne-born Ruby J. Murray was educated in Carlton and at several universities, including the Sorbonne, and has a background in political studies, freelance journalism for small magazines, and copywriting. Her first novel, Running Dogs (2012), set in Jakarta in 1997, was shortlisted in the NSW Premier’s Literary Awards. Her publisher’s website reveals that she is a granddaughter of sculptor Guy Boyd, whose wider family has inspired its own nest of life stories, some contentious and contested, which may throw some light on Murray’s avenue into her theme. ‘The Biographer’s Lover is a novel about Australia’s complex relationship with memory,’ she tells us.

Murray’s writing is intelligent and expressive; after some occasionally awkward early scene-setting, the novel settles into its stride and becomes gripping, a page turner, as the slow reveal unfolds. At the end, a great number of complex threads are tied up neatly, if in a perhaps unlikely fashion, but in the meantime we have been taken on a highly enjoyable ride. 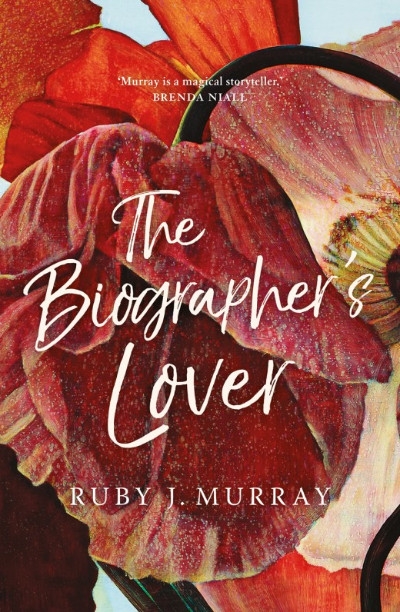