Revered in Germany as one of the founders of literary modernism, the equal of Robert Musil and Thomas Mann, Alfred Döblin (1878–1957) has remained something of a mystery to English readers. Some are aware of Berlin Alexanderplatz: The story of Franz Biberkopf, translated by Eugene Jolas soon after its appearance in 1929. But even this great novel of the modern metropolis seems to have been largely displaced since 1980 by Rainer Werner Fassbinder’s brilliant but distorted film version, which presents women as passive, even willing, victims of the male violence prevalent in postwar German society – and thus saddles Döblin with Fassbinder’s own misogyny. Michael Hofmann’s new translation, more attuned than Jolas’s to the coruscating irony in Döblin’s treatment of his anti-hero, provides a welcome opportunity to re-enter the world of Berlin and to more fully experience its agony and its vitality in the year before the Great Depression tipped Germany over into totalitarianism.

Germany had borne the brunt of the catastrophic Great War. Two million soldiers died, half a million returned, disabled, embittered, attracted to fascist militias. The civilian population, mainly women, survived starvation, the turmoil of a failed socialist revolution, and imminent economic collapse. Then American capital came to the rescue in 1924, giving Germany’s first experiment in democracy a chance. By 1928 the Weimar Republic had established a welfare state: women’s rights, public health care, and the dole. The Nazi Party attracted only two and a half per cent of the vote that year. Berlin was ‘abuzz’, undergoing frenetic reconstruction, and recovery looked certain.

But Döblin, for one, was sceptical. As a former army doctor, psychiatrist, and GP in the proletarian district of Berlin, he had first-hand experience of the longevity of trauma. People do not ‘recover’ just because their prospects improve. Döblin understood how deep-seated violence, both political and sexual, is in in the human psyche, saw the lower classes experiencing both on a daily basis, and looked at the city in this light. Berlin Alexanderplatz is not about the metropolis as such, like American novels of the period, such as Manhattan Transfer (1925) by John Dos Passos. It is first and foremost about the traumatic violence unleashed by World War I and its long afterlife in civilian society. And as trauma can only be experienced in the minds of those who suffer it, the Berlin that Döblin shows us is primarily a city of the mind.

For all its documentary realism, stacking up slice after slice of the city’s daily life, creating a great collage of urban locales, Döblin’s Berlin is a subjective place, shaped by collective memories of war, defeat, and ignominy: an imaginary Whore of Babylon for many old soldiers, with whom they are locked in a permanent battle of biblical proportions. There are many minds in this city, of course – many memories and many struggles – and we should not expect their mental horizons to match. The pieces of the great urban collage don’t and can’t fit together, any more, for example, than the pieces in Otto Dix’s postwar Dada murals. So we hear fragments of different stories, told by different narrators; some normal, some disturbed, none ‘objective’. But to understand one mind is difficult enough, so Döblin gives us the story of a returned soldier, Franz Biberkopf – a little man, no hero – who thinks and feels like many at the bottom of Berlin society. At the heart of the story is Franz’s longing for a male friend, a ‘good comrade’, the type invoked in popular soldiers’ songs. This blind need exposes him to violence in a form beyond his comprehension: a cold and dark malice worthy of Iago, through which evil takes hold in his world. 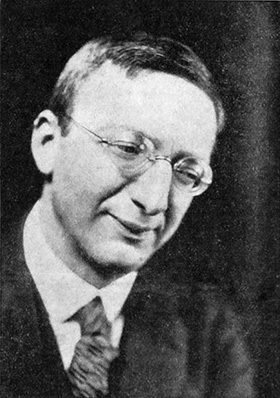 Alfred Döblin (Wikimedia Commons)Franz, by contrast, is guileless and, we are told, means well. He is obviously no stranger to violence, but it is the everyday variety, tolerated in this milieu where men routinely rape and beat their women. He went too far once, and when we meet him he has just emerged from prison after serving four years for killing his girl, Ida, a prostitute, in a jealous rage. He seems determined to reform, but this looks dubious. In the vertiginous first hours after his release, when the nightmare city in his mind is collapsing on him, he consoles himself for his diminished manliness by shrieking patriotic songs from the victorious Franco-Prussian War and only feels ‘himself’ again when he has raped Minna, Ida’s sister, in the very room where he had killed Ida. As a psychiatrist, Döblin knew all too well where that repetition compulsion comes from, and where it leads. Nevertheless, he encourages readers to give the little man a chance.

One of Döblin’s many narrators, a street balladeer, introduces Franz in the Prologue as one of life’s hapless victims: his fatal assault on Ida was just ‘stupid stuff’; he will soon suffer three terrible blows from what ‘looks an awful lot like fate’, but he will recover and reform. We see Franz relating to a number of women: his beloved Mitzi, naïve and vulnerable; his loyal friend Eva, strong and streetwise – so we can judge for ourselves what his recovery involves. The balladeer believes in Franz, but worries about his need for a friend. There is no mention at the end of the sinister gangly figure posing as an ‘old comrade’, whose blue army greatcoat swings to the medieval tune of the ‘Reaper, Death yclept’. But others, we hear, might mislead Franz: ‘link arms and right and left go marching into war’, until ‘one stops still, the other falls down’. Unfortunately, the old spruiker doesn’t seem to know how to assess the threat; his last song sounds like a nursery rhyme: these might be toy soldiers falling down. Readers must turn elsewhere for judicious comment on Germany’s Destiny.

But whose voice rings true in the endlessly reverberating polyphony? Some scorn fate: Orestes may have been doomed to commit matricide and suffer the furies of conscience but, says one narrator, ‘Consider the changed situation.’ And an old wit comments: ‘I’m not a believer in fate. I live in Berlin, not Greece.’ Biblical injunctions are less easily rejected. Different narrators remind us about Abraham and Job. Obedience to God’s Law is ingrained in European collective consciousness; and belief in the value of self-sacrifice. But whenever that subject arises another grim narrator refers darkly to the little calves in the city slaughterhouses. Döblin uses wit to cut through the ideology of sacrifice, to distinguish between victims and perpetrators, while suggesting that many people, like Franz, are both. And he asks his readers to hear and heed the multifaceted irony. In this they will be greatly assisted by Michael Hofmann’s keen ear. In this new translation, the dissonant voices ring out boldly; we can tell when someone is being mimicked and wickedly sent up, enjoy the black Berlin humour, even though it is at the expense of a deeply traumatised society. For Döblin is never sentimental, or hysterical. He just gets us to listen to the drumbeat of violence throbbing in this city of the mind. Berlin Alexanderplatz is one of the great anti-war novels of our time. 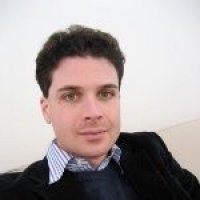 Joachim Redner is a Melbourne-based professional translator of literary and scholarly works. He co-translated The Specter of Capital by Joseph Vogl (Stanford University Press). He is currently working on a translation of Alfred Döblin’s novellas written around the time of World War I. 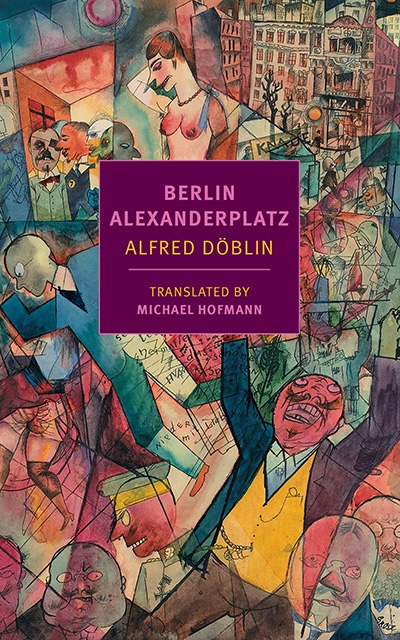