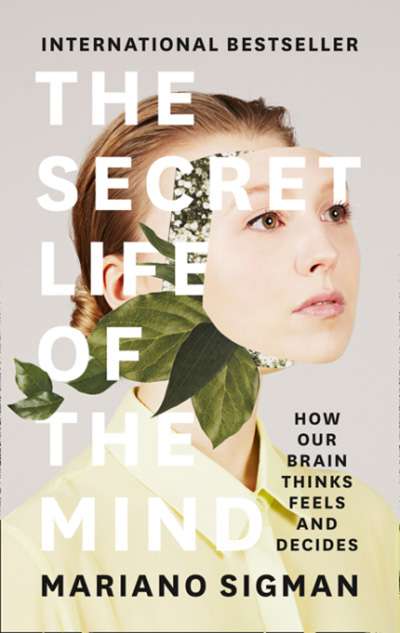 The Secret Life of The Mind: How our brain thinks, feels, and decides

Along time ago in a university far, far away, I received an application for graduate study in psychology. The applicant claimed to have no particular orientation to the field, just a broad and open-minded curiosity. In her own words, she was a ‘tabula rosa’: a rose tablet. The student had misrendered John Locke’s famous tabula rasa, the empiricist metaphor of the human mind as a blank slate on which experience writes knowledge. This rose by another name smells of nothing at all.

Mariano Sigman’s The Secret Life of the Mind is an attempt to unLocke cognition. The ruling idea behind this entertaining book is ‘the quest to make human thought transparent’, and it does so by revealing some of the preconceptions, predispositions, and brain mechanisms that enable our mental capabilities. Sigman, an Argentine neuroscientist whose high public profile has been crowned by a popular TED Talk, brings ideas from philosophy, education, linguistics, behavioural economics, and computer science to his task of discrediting the tabula rasa.

Writing on the origins of mind, for example, Sigman argues that we come into the world furnished with more cognitive powers than most of us realise. Although they may give the appearance of being incapable blobs, infants have primordial ideas of number, the persistence of objects after they have been hidden from view, and even morality. Six-month-old babies prefer to look at shapes that help rather than hinder a struggling triangle in a geometric morality play, and they have an ability to distinguish speech sounds that adults lose if their language does not employ them. In both cases, infants come pre-equipped with sophisticated mental capacities rather than merely learning from scratch. As Sigman writes, ‘the brain is not a blank page on which things are written, but rather a rough surface on which some shapes fit and some don’t’.

The Secret Life of The Mind: How our brain thinks, feels, and decides