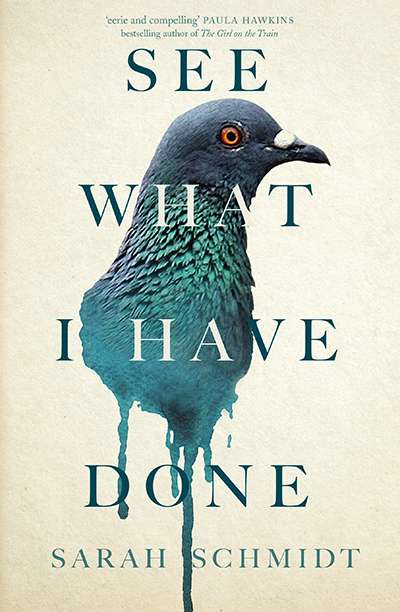 See What I Have Done

In this gripping first novel, Sarah Schmidt re-imagines the lives of Lizzie Borden, her family, and the brutal double murder of her father and stepmother, for which Lizzie became notorious. Set in and around the Borden’s house at Fall River, Massachusetts, the narrative has a dense, claustrophobic air that feeds the portrayal of this family as menacingly close.

The novel moves backwards and forwards in time between 3 August 1892 – the day before the murders – and the days immediately after. Following an increasingly familiar structure (found, for instance, in Christos Tsiolkas’s The Slap [2008] and Josephine Rowe’s A Loving, Faithful Animal [2016]), the narrative is related from several points of view, the chapters alternating between first-person accounts from Lizzie, her older sister, Emma, the family’s maid, Bridget, and Benjamin, a violent young man engaged by the sisters’ (frankly creepy) Uncle John to ‘talk some sense’ into Mr Borden.

See What I Have Done