A History of New Zealand Literature edited by Mark Williams

A History of New Zealand Literature is a rewarding collection replete with the pleasure of new information that is both strange and strangely familiar. I commend it for both its intrinsic interest and, for Australian readers in particular, as one means of redressing Australia and New Zealand’s mutual ignorance of each other’s literary histories and cultures. Here, I recall Lydia Wevers’s disarming introduction to her 2008 Dorothy Green Memorial Lecture: ‘I am a New Zealand reader of Australian literature. That makes me just about a category of one. The reverse category, an Australian reader of New Zealand literature, is also a rare beast though perhaps there is a breeding pair in existence.’

There are exceptions, of course, though not that many in view of the thriving literary cultures on either side of the Tasman. So I read this collection with a dual lens: one focused on the distinctiveness of New Zealand’s literary history, following its various narratives of ‘invention’ and development; the other calibrating connections and parallels between the Australian and New Zealand experiences. Many are acquainted with the literary traffic between the two countries: Henry Lawson, Robin Hyde, Jean Devanny, Ruth Park, Eve Langley, Antigone Kefala, to name a few. Perhaps less well known is the connection between the establishment of Australian and New Zealand national literatures in universities. The first university course on Australian literature was proposed and taught by Joyce Eyre at the University of Tasmania in 1947. Eyre originated in Hobart, but, prior to this post, had spent years teaching in New Zealand. Conversely, Winston Rhodes, who introduced the first university courses on New Zealand literature, informally in 1931 and formally from 1951, was originally from Melbourne. However, it is the shared shape of the literary histories and their similar preoccupations and anxieties that most profoundly connect the history of Australian and New Zealand literatures and where the distinctions are truly revealing, as this volume shows.

The collection comprises twenty-five chapters, each of around 4,000 words, divided into five chronological sections spanning from 1760 to 2014, though this colonial framework is also challenged throughout the volume. Part I covers the longest period, 1760–1920, and includes essays on travel writing and literature in both English and te reo Māori [Māori language]. Three figures are discussed in some length: Hakaraia Kiharoa (?–1852), who wrote down the words of sixty-nine waiata ‘songs’ in 1852; the British novelist Samuel Butler (1835–1902) who, in his mid-twenties, spent five years in Christchurch, where he made his fortune and drafted his satirical utopian novel Erewhon (1872); and Katherine Mansfield (1888–1923), who is titled a ‘Colonial Modernist’ in a challenge to the boundaries of metropolitan Modernism. Indeed, New Zealand space and Modernist form are inextricable in her writing, where ‘New Zealand figures as the master metaphor for her aesthetic ... [T]he image of the misted half-hidden islands only partially and occasionally visible is paradigmatic of her method of apprehending and representing life’.

Part II (1920–50) covers the period akin to the ‘legendary 1890s’ in Australia in the concerted ‘invention’ of both nation and narration in the movement to independence (1947 in New Zealand). In this period, poet Allen Curnow’s introduction to A Book of New Zealand Verse 1923–1945, described by Hugh Roberts as ‘the ur-text of New Zealand nationalism’, called for New Zealand literature to be a ‘real expression of what the New Zealander is and part of what he may become’. Janet Frame (1924–2004) recorded the impact of reading Curnow’s collection, alongside Frank Sargeson (1903–82) and James K. Baxter (1926–72), as a student in Dunedin in 1945: ‘I could read in Allen Curnow’s poems ... about our land having its share of time and not having to borrow from a northern Shakespearean wallet’. This section includes chapters on how land and landscape were re-evaluated through both cultural nationalist and socialist perspectives, and how key literary infrastructure was established, including the magazines Phoenix (1932), Tomorrow (1934), and Landfall (1947); local publishing houses; and the New Zealand Literary Fund (1946). All of the chapters admit to complexities and contradictions within cultural nationalist movement, as we see clearly with two iconic writers of this moment, Frank Sargeson and Robin Hyde (1906–39). 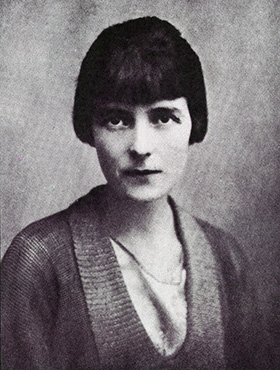 Katherine Mansfield
(photograph from Archives New Zealand via Wikimedia Commons)The self-contained quality of each chapter makes the collection ideal for dipping into, and the high standard of the writing makes each instance especially rewarding. The 4,000-word chapter length ensures some depth, which is satisfying in terms of content and because it also allows the distinctiveness of each critical voice to be heard. There is also much to be gained from reading the collection cover to cover, drawing the threads of recurring preoccupations, drives, and anxieties articulated by both creative and critical writers, and speculating on what might be shared and distinctive habits of thought and language. Perhaps principal among the distinctive qualities is the strong sense of a bicultural literary culture which is not confined to chapters on specific Pākehā (European) and Māori writers but emerges as a wider collective understanding of New Zealand literature and society. This perspective is explicitly considered and embedded in linguistic patterns and rhetorical turns, which we find, for instance, in discussions of metaphor. Considering shifts to promote the distinguishing features of ‘Maoriland’ [an Australian coinage] in the early-twentieth century, Jane Stafford observes that, as it is ‘[t]oo insecure to stand alone, much of this language works through simile and contrast – nothing is, it is always like, or better than’. Later in the collection, Alice Te Punga Somerville discusses the range of English language and te reo Māori, as well as bilingual and translated works published in the magazine Te Ao Hou/The New World between 1952 and 1975. She, too, identifies the way metaphor indicates the negotiation of place and belonging. In the te reo Māori description of the magazine, it is a marae ‘gathering place’, but when translated into English it becomes ‘like a marae’. In the post-colonial context, this small rhetorical distinction carries the full freight of difference between Indigenous and settler cultures and their respective relationships to home and community.

The title ‘Te Ao Hou’ signals another key theme of this collection, namely a preoccupation with ‘new beginnings’. In numerous ways, this is a commonplace of colonial literatures, as all colonies are, by definition, new beginnings. This is not to diminish the particular and ongoing beginnings of New Zealand writing. The predominant impression of contemporary New Zealand writing and literary culture generated by this collection is one of a conscious interior focus with strong regional networks. Yet this sits easily with its ‘postcolonial postmodernity’ and its myriad, distinctive expressions of an original, fractured worldliness.

Elizabeth McMahon teaches in the School of the Arts and Media at the University of New South Wales. Her recent publications focus on Australian literature and literary islands, including her recent book Islands, Identity and the Literary Imagination (London and New York: Anthem Press, 2016). She has co-edited Southerly magazine since 2008 and, with Brigitta Olubas, is editor of a forthcoming collection on Elizabeth Harrower (Sydney UP 2017). 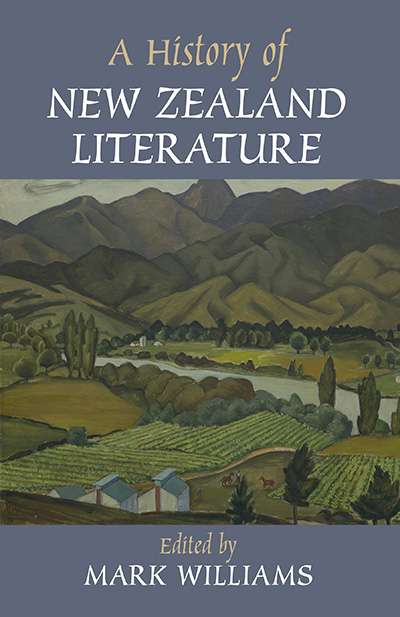 A History of New Zealand Literature