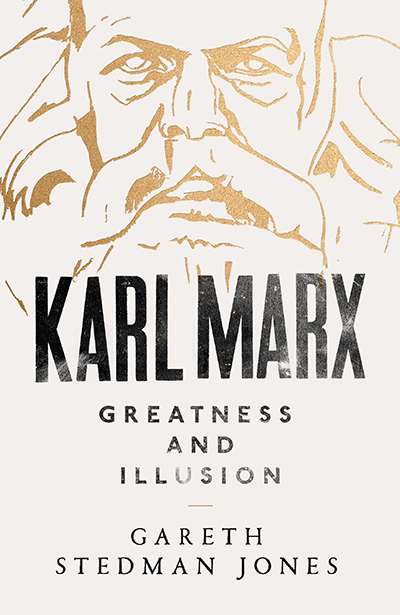 In this 750-page tome, Gareth Stedman Jones, a British historian and former editor of New Left Review, seeks to rescue the revolutionary thinker Karl Marx from the ‘Marxism’  he sees as the creation of his long-time collaborator Friedrich Engels and to reconstruct him as part of the nineteenth-century political and philosophical context in which he existed.

Given the luxury of space, Karl Marx: Greatness and illusion is a deeply immersive and absorbing account of the life, times, theories, and politics of Marx. His personal and family life is interwoven with accounts of the political turmoil of the era that gave rise to his ground-breaking work. The detailed accounts of vibrant café culture, heady and heated debates between leading intellectuals, and the ferment of a Europe in the throes of bourgeois revolutions evoke the heady cocktail of conditions that spurred Marx’s thought.

Marx was born in 1818 in the Rhineland, an area situated between France and the German Confederation. Europe was attempting to rebuild itself following the French Revolution and the Napoleonic Wars, which had killed an estimated five million Europeans. An aspiring poet, Marx entered the academy and wrote a doctoral dissertation on the implications of Epicurus’s theory of the atom, pitched as a defence of the Hegelian theory of idealism that he would later dedicate his work to critiquing. As the revolutions of 1848 unfolded, Marx, his wife, Jenny von Westphalen, and their three surviving daughters moved from Berlin to Paris to Belgium to London, where they finally settled. It was in London that Marx was finally able to earn a somewhat stable living as the European correspondent for the New-York Daily Tribune.