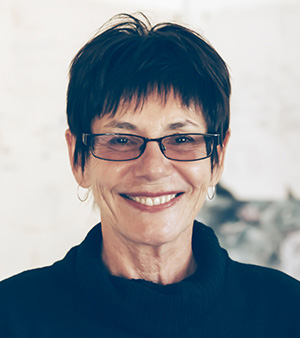 To work out what I think, which requires digging through the received ideas and lazy generalisations that clutter the surface of my mind, and crafting the language to describe what I’ve found. I also have a strong desire to communicate certain things.

Yes, I have vivid dreams full of ridiculously obvious symbolism.

There’s no single film I could claim as favourite – among the films I’ve loved are The Royal Tenenbaums, Lost in Translation, Beetlejuice, Birdman, Blue Velvet, Picnic at Hanging Rock, Apocalypse Now, Doctor Strangelove, and All About Eve.

There are too many great books around to have a favourite, but I do have a predilection for dystopian fiction – I cut my literary teeth on 1984 and Brave New World, and re-reading Margaret Atwood’s The Handmaid’s Tale never disappoints.

Oscar Wilde, for brilliant conversation; Leonard Cohen, because I’ve been smitten by him since I was nineteen; Janet Malcolm for her fearless intelligence.

‘Agile’ would be at the top of my current list of dislikes – I loathe good, functional words being co-opted by politicians and public commentators.

Right now it’s Tim Winton, whose choice of Position Doubtful as his book of the year [in The Age] has done more to bring it to public attention than all the reviews, writers festival events, book launches, and public appearances put together. I also think he’s a terrific writer. On another day I might choose Alice Munro, or Randolph Stow, or V.S. Naipaul.

The capacity to take you to a place, real or imagined, physical or psychological, and make it part of your own lived experience forever.

Name an early literary idol or influence whom you no longer admire.

John Steinbeck – I loved him when I was in my teens, but haven’t read him for years.

My art practice (which my writing impedes), and the time I spend in the desert, although that provides the raw material for my writing. I also dislike sitting still in front of a computer.

Scribe, my current publisher, has been a writer’s dream to work with. I’m predisposed to favour small Australian publishers.

I don’t participate enough in our literary culture to have an opinion. The state of reviewing seems fairly healthy, but I really don’t know about criticism.

It’s character-building to sit at the post-session book-signing table while fans queue for the other writers and no one buys your book. In my experience, the smaller the festival, the more fun it is.

Yes, but not always for the right reasons.

A long story, possibly a novella, about a massacre on the Kimberley frontier in the 1920s, and an essay for The Monthly.

Kim Mahood is a writer and artist based in Wamboin near Canberra. She is the author of the memoirs Craft for a Dry Lake and Position Doubtful.