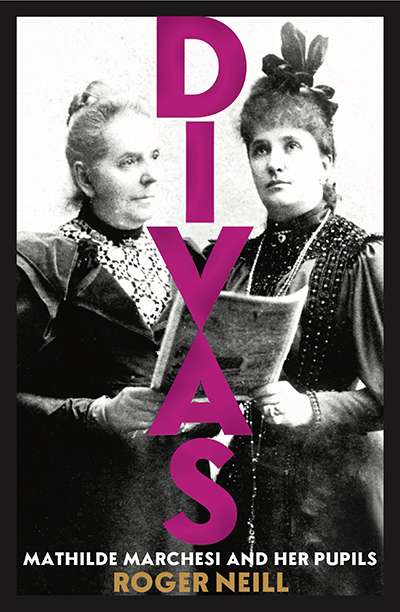 Divas: Mathilde Marchesi and her pupils

Finding the right teacher is always a challenge for young singers, and the relationship between student and teacher can see the formation of a lifelong bond. By the same token, when there is a falling-out there may be a legacy of hurt or bitterness. Mathilde Marchesi, the subject of Divas, was in her eighties, with more than fifty years of teaching behind her, when the New Zealand born Frances Alda first approached her. ‘What a czarina she was!’ Alda recalls in her wittily titled memoir Men, Women and Tenors (1937) – ‘upright and stiff as a ramrod, with snapping black eyes and stern, tightly compressed mouth’. Marchesi saw Alda’s potential and guided her into a stellar career. Marchesi became a legend in her own lifetime, attracting aspiring singers not only from Europe but from America and Australasia. One of her most famous students was Nellie Mitchell, whom she transformed into the phenomenon known as Melba.

Marchesi came from a well-to-do Frankfurt family, and from an early age was passionately devoted to music, but her father lost his fortune when she was sixteen and she was packed off to two aunts in Vienna with a view to her finding employment as a governess there. With some financial help from her sister, Mathilde avoided this fate and, overcoming opposition from her family, moved to Paris to study with Manuel García, a teacher in the bel canto tradition. Mathilde would appear to have been a mezzo soprano, but her relatively brief career was mostly confined to concert work, including a spell in London where she sang contralto parts in some of Handel’s popular oratorios. In 1852 she married the Italian baritone Salvatore Marchesi, who decided that it was not appropriate for his wife to appear on the operatic stage. It is not clear whether this veto came as a surprise to her, but she seemed to accept her fate gracefully, directing her energies into teaching.

Divas: Mathilde Marchesi and her pupils