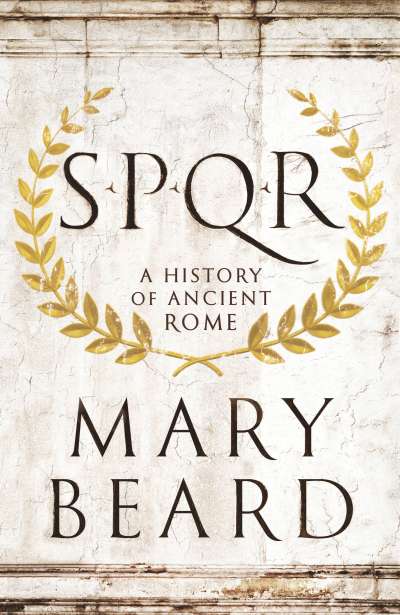 SPQR: A History of Ancient Rome

At the very bottom of Hell, Dante represents Satan with three mouths, each of which endlessly devours a figure personifying treachery and rebellion against God. One of these, predictably enough, is Judas. What may be surprising to the modern reader is that the other two are Brutus and Cassius, the assassins of Julius Caesar. In the medieval vision of the universe and of human history, however, there was a direct equivalence between these individuals: one betrayed the Son of God, the other two attempted to frustrate His plan for the institution destined to govern the temporal life of humanity, namely the Roman Empire.

This remarkable passage helps us to understand why Rome has always possessed such authority and symbolic resonance within Western culture. Its institutions, for all their often tumultuous history, proved the most durable ever devised by a human society, especially if we consider that the eastern empire in Constantinople survived the fall of Rome for a thousand years. When order was re-established under Charlemagne after centuries of barbarian invasion, his new state was framed as a restoration of the Empire; under Charlemagne's Ottonian successors, after another interval of barbarian savagery, the Carolingian Empire became the Holy Roman Empire, enduring throughout the middle ages – for Dante it was the living successor of ancient Rome – and in effect until the Congress of Vienna two hundred years ago. Even after that, kaisers and tsars continued to use the name of Caesar as their title; and the Roman talent for administration lives on today in the hierarchical structure of the Catholic Church.

SPQR: A History of Ancient Rome