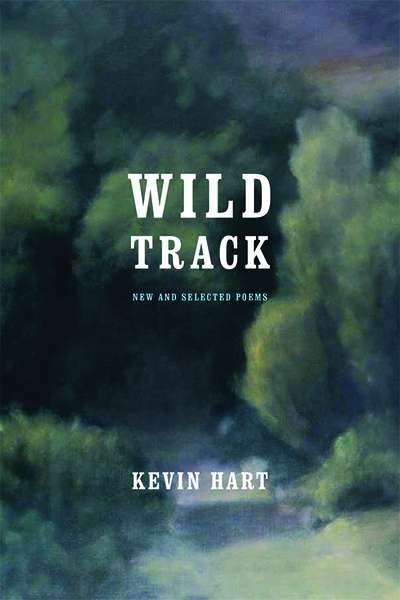 Kevin Hart was born in London in 1954, grew up in Brisbane, and worked in Melbourne before moving to the United States, where he still teaches (currently at the University of Virginia). Although he has won extravagant praise from Americans such as Charles Simić and Harold Bloom, he remains, to Australian readers, an Australian poet. This ‘new and selected’ from a university where he once taught is a convenient way to familiarise, or re-familarise, oneself with the nature and range of his achievement so far.

At an average of twenty-five pages from each of eight books, Wild Track, is a somewhat brutal summary. Many highly memorable poems (for example‘The Old’ and ‘Flemington Racecourse’) have been omitted, and a few more forgettable ones (such as ‘Fall’) included. ‘Selecteds’, in late or mid-career, always have the added charm of seeing how poets wish themselves to be remembered. What may be seen as aesthetic culs-de-sac are pruned away and the focus put firmly on the poet’s ‘essence’, problematic as that may sometimes be.

The twin ‘essences’ or poles of Hart’s work, as revealed here, are the religious and the erotic – which is not necessarily a contradiction. One need only think of John Donne. Hart is a convert to Roman Catholicism, but it is unlikely that his poems have earned him the approval of the Vatican – though the present pope may be better disposed than some earlier ones. Some of Hart’s more explicitly Catholic poems, such as ‘The Silver Crucifix upon My Desk’ and ‘To Our Lady’, have been quietly left out, as if to concentrate on those where his spiritual insights are at their most personal and (to agnostics and atheists) most persuasive.