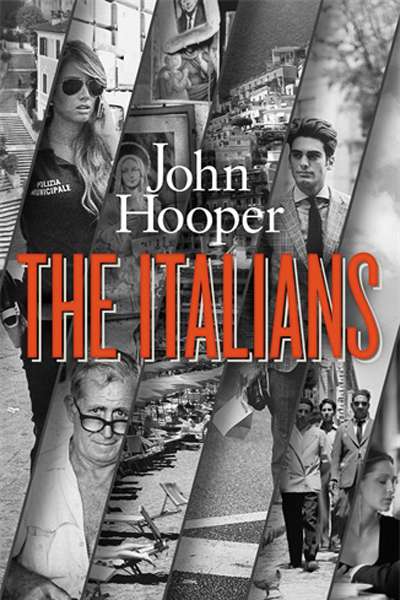 The Economist’s foreign correspondent John Hooper turns to a quintessentially English theme: Italians. Italians seem to be a sort of recurring obsession, a presence that periodically intrudes into the English imaginary. The cultural construction of Italy is a particularly sensitive and timely topic in the context of debates about the future of Europe. The attempt to define and assess any EU member’s identity and culture is a politically strategic intervention. At one point, Hooper rather misleadingly frames his project as sorting ‘myth’ from ‘fact’. In truth, all identities are collectively imagined by the people themselves, and by outsiders, sometimes to similar, but more often to dissimilar, effect.

The author is at pains to identify legacies of historical and geopolitical antecedents in the Italian national character. Like a pearl which is the mollusc’s healing response to, and memory of, invasion, Italian identity has covered the abjectness and humiliation of a violent past with layers of nacre. To the perennial geopolitical debate (Where is Italy? Who are the Italians?) Hooper adds the intriguing suggestion that Italians are best understood if Italy is seen as foreign to itself, since it has always played the part of pawn ‘in a chess game in which the important moves were made on other parts of the European board’.

Such powerlessness explains the valorisation of the furbizia – the suspicious cleverness which rises to political ascendancy. The lack of self-determination is evident in the development of the popular mentality in a pragmatic rather than principled direction. Modern Italy is therefore as much, if not more, the heir of Agostino Depretis as of Giuseppe Garibaldi. Depretis, the dominant political figure of his day, was the brutally pragmatic author of the policy of trasformismo – encouraging betrayal from the party of one’s election to a rival.

Claudio Bozzi is a barrister practising in commercial matters with a special interest in shipping and maritime law, and the legal implications of technical innovation, a Lecturer at Deakin University where he teaches the rules of proceedings, equity, and trusts, and co-editor of the Deakin Law Review.

Claudio Bozzi is a barrister practising in commercial matters with a special interest in shipping and maritime law, and the legal implications of technical innovation, a Lecturer at Deakin University where he teaches the rules of proceedings, equity, and trusts, and co-editor of the Deakin Law Review.