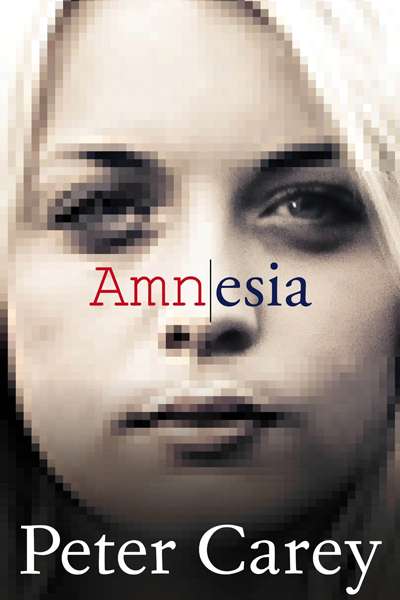 Peter Carey’s new novel, Amnesia, is an odd-shaped – but not misshaped – tale about power and, more particularly, resistance to power. When the veteran leftist journalist Felix Moore writes the story of Gaby Baillieux, a young Australian cyber-activist, he finds himself, like Gaby, a fugitive. As if by magic, Gaby has unlocked Australian and US prison doors; it is Felix’s job, when he’s not guzzling red wine, to make her likeable enough to avoid extradition. But Felix has an independent agenda: using hours of tape recordings made by Gaby and her famous mother, Celine, he fashions his own version of Gaby’s life, taking the sort of liberties you might expect from a journalist with a penchant for writing failed novels and attracting libel writs.

Amnesia contains multiple personal, political, personal-political, and cross-generational threads. It is a sprawling construction that draws together the past and something approximating the present, with a nod to a discordant future. Among much else, Carey links three key moments: the 1942 Battle of Brisbane, when Australian and US forces fought each other on Brisbane streets; John Kerr’s removal of the Whitlam government in 1975, which Felix firmly believes was a CIA coup designed to protect the US base at Pine Gap; and Gaby and her group’s very twenty-first-century challenge to the established order of things. The point of these threads is not merely that all events, or all people for that matter, are connected; rather, the point, certainly from Felix’s perspective, is to highlight society’s capacity to overlook political crimes and shenanigans.