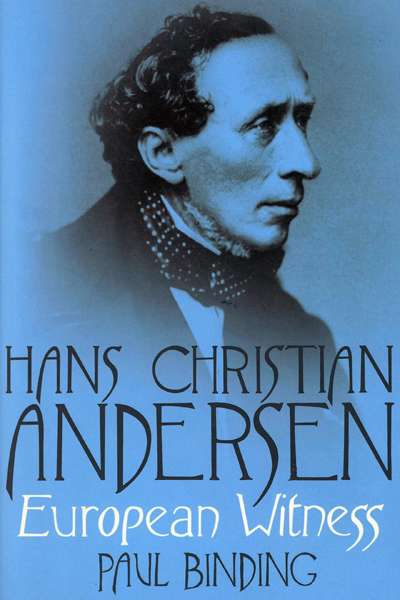 How a writer bears witness to his age is necessarily the expression of many things, not least the possibly quite peculiar nature of an author’s life. Literary works often emerge from complex upbringings, from periods of youthful isolation spent reading and writing. More still seem to have been written as a result of the fraught relationships that befall authors, perhaps because authors so often view their relationships with a degree of creative and critical distance. And yet, if a writer’s output evidences an unusual life, it also witnesses broader questions being asked by a community as a whole. At some level, even the most remarkable figures are typical of their age, and reflections of it. By the close of Paul Binding’s study of the life and works of Hans Christian Andersen (1805–75), we are reminded that extraordinary feats of originality and imagination are often the result of how unique minds enter wider discourses.

Andersen had an impoverished and difficult upbringing in Odense, and at the age of fourteen moved to Copenhagen, where he hoped his talents for poetry and theatre would be better received than they were at home. In 1822 he published Youthful Attempts under the pseudonym William Christian Walter, a name that paid homage to his heroes William Shakespeare and Walter Scott. He came to the notice of Jonas Collin (1776–1861), a leading patron of the arts. Andersen now had a supporter, and went on to form an intense, complicated friendship with Jonas’s son Edvard (1808–86). In the past, this friendship has been analysed for what it might have revealed about Andersen’s sexuality. In Binding’s work, it is the first step in demonstrating how much of Andersen’s writing was the expression of both his humble origins and the manner in which he escaped them, and by so escaping how he entered a richer cultural milieu.