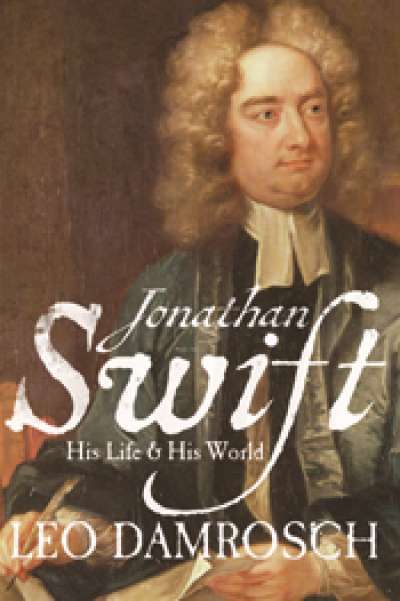 Jonathan Swift: His Life and His World

Twelve years after Swift’s death, Lady Mary Wortley Montagu showed a visitor to her house in Venice a commode lined with books by Pope, Bolingbroke, and Swift. This, she explained, ‘gave her the satisfaction of shitting on them every day’. We still don’t know exactly what it was that caused her to fall out with Swift, Pope, and their friends in the 1720s, but there’s no questioning the enduring passions involved. The clichéd ‘men in powdered wigs’ image of the eighteenth century tells only a small part of the story. The violent intensities of the satirists are really much more interesting. We read Swift still for the visionary moments of humour, indignation, disgust, and existential terror sometimes hard to distinguish from tragedy; oh, and also for the deadly poise of his prose. Wortley Montagu was right thus to line her commode. Satire in her day was a visceral business.

Swift was the most visceral of them all. Unlike his contemporary, friend, and rival, Joseph Addison, who built moderation into the early periodical press with The Spectator, Swift used print as a medium for civil combat. A robustly free press needs to provide space for opposition, for the expression of contrarian thinking, for ridicule, and for indignation. The eighteenth century was a time of civil peace in Britain compared to the wars and beheadings of the seventeenth century. Why? Naturally, there are many socio-political reasons, including mere happenstance, but the development of a freer and ruder press, better equipped to debate matters of public significance, is one of them.

Some people may suddenly have caught moderation from reading a number of The Spectator, but the rest of the story involves a much wider range of ideas and public emotions coming to enjoy a functional tolerance. For reasons more of political convenience than of high principle, pre-publication licensing of the press lapsed in 1695, so that the passions of opposition could be exercised as dissent rather than suppressed as sedition. Particularly in his writings on the oppressed and indigent state of Ireland, Swift pushed limits that helped bring this functional tolerance lumpily into existence. Swift wrote ‘burn everything English except their coal’ in 1720, but he presided over no bonfires.

‘Swift used print as a medium for civil combat.’

Leo Damrosch’s fine new biography helps us understand the strange man who came to prominence as a propagandist for the late Tory ministries of Queen Anne. He dreamed of being a bishop in the Church of England, but ended as an Irish patriot and scourge of the moderately corrupt but effective ministry of the first prime minister, Sir Robert Walpole. This is not really a book for Swift nerds or obsessives about current debates in eighteenth-century studies. It is learned enough and sure-footed (unlike Victoria Glendinning, who disconcertingly misdated the A Modest Proposal by nine years in her 1998 biography), but it will not satisfy scholars engaged in current developments in the historiography of the late Stuart and early Hanoverian periods. It is a mature scholar’s account of a great writer and rather odd man, pitched at readers who know Gulliver’s Travels (1726) and a bit about the rest of Swift’s life and works, and who want to understand, or teach about,where it came from. This is a biography for readers more than for academics.

The best decision Damrosch makes is not to confine his analysis of Swift’s works strictly to their moment of production. Swift published little before he turned thirty, and the works he is most famous for, Gulliver’s Travels, theDrapier’s Letters (1724–25), and A Modest Proposal (1729), all date from after his fifty-fifth birthday. It would be dry going indeed for a common reader to wait more than 300 pages for the first mention of the things she thought she knew about the subject. Instead, Damrosch takes the reasonable and convenient view that some elements of the great works reflect the preoccupations of a lifetime and can be brought forward to the moments that might have triggered them. 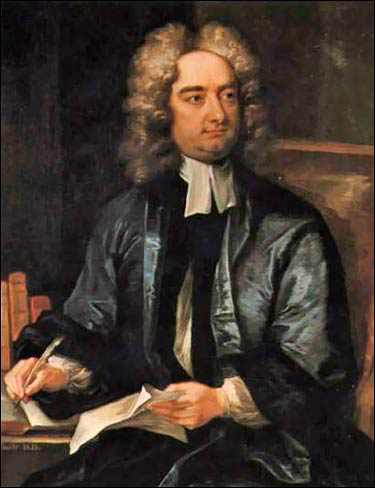 Swift liked horses and rode a lot; he also felt isolated as a young Anglican vicar in countryside ‘beyond the pale’, where the Catholic peasants lived in squalor and spoke Gaelic, which was largely incomprehensible to him. Clearly, these experiences condition the wise horse-shaped Houyhnhnms and the wild humanoid Yahoos of Gulliver’s Travels Book IV. The enduring satire and fantasy come partly from experience, and can be fairly discussed where contact first occurred. As Damrosch suggests, Swift ‘had a wonderful ear for the way people talk, and he loved to act out and impersonate’.This is an apt starting point for an account of Swift’s life and works. While always centred by a force of purpose and personality, he was a profoundly occasional writer who picked up things from the world around him and twisted them to comic and indignant effect. To read Swift well is to hear a range of voices, multiplied by irony and parody – more like the orchestrated variety of Ben Jonson’s earlier drama than the sonorous and centred deliberation of Samuel Johnson’s later prose.

The mysteries of Swift’s private life – was he married to Stella (Esther Johnson)? did he have sex with Vanessa (Esther Vanhomrigh)? or, indeed, with anyone at all? – get a judicious working over here. Damrosch simply doesn’t ‘buy’ the moderately Freudian argument of the major mid-twentieth-century biographer Irvin Ehrenpreis that Swift was an orphan driven by a sense of isolation and a search for father figures. Ehrenpreis’s three-volume monument (1962–83) has always been a strange thing. It contains an account of nearly every detail known about Swift’s life and publications, and thus remains invaluable for the scholar. However, it is twisted by a view of Swift as a great and liberal man that only ever made sense (if it ever did) in post-World War II North American academia. It is time to recognise that Ehrenpreis’s narrative tells us more about Ehrenpreis than it does about Swift, and to relegate his work to the status of quarry of information.

‘To read Swift well is to hear a range of voices, multiplied by irony and parody ... ’

Damrosch offers a much more usable alternative story to fill the lack of detail that dogs our desire to know any pre-Romantic life. Perhaps, he suggests, Swift was the illegitimate son of Dublin lawyer Sir John Temple, the father to the English politician Sir William Temple, whose secretary Swift was in the 1690s. Perhaps Stella was Sir William Temple’s illegitimate daughter. Perhaps the endless subterfuge about the rumoured marriage between Swift and Stella, who lived almost as companions in Dublin for more than a decade, is a consequence of a discovery that they were too closely related to be married. The scholar in me is relieved that Damrosch doesn’t make categorical claims beyond the value of the evidence; the gossip in me is delighted to have the scenarios laid out with such vigour. And as for the periodic claims that Swift died, in Johnson’s words, ‘a driveller and a show’: Damrosch has him die mentally incompetent, with dementia amplified (if that’s the right word) by the mounting episodes of deafness from Ménière’s disease that started early in his adulthood. Nowadays, this is an increasingly ordinary form of undignified death, but not really lunacy.

The Swift of this volume is a great writer, an enthusiast for Irish and Anglican causes, a generous and demanding friend, and a positively cranky enemy. There are strange intensities in his life and his writing – rampant senses of justice, entitlement, gratitude, and vengeance – that gave birth to a sort of Irish patriotism and a forensic oppositional satire. Swift himself had thought he wanted to be a bishop in the Church of England, and his services to the Tory ministry of Queen Anne had plausibly earned it. In the frustratingly inferior office of Dean of St Patrick’s Cathedral Dublin, he made something much more lasting, and the shape of that achievement is well rehearsed in this wise and readable new book.

Robert Phiddian teaches literature at Flinders University and is specially interested in political satire, parody, and humour. He researches political satire, including current Australian political cartoons, with Haydon Manning. He is Chair of the Adelaide Festival of Ideas, and has a particular interest in the quality of public language and in writers’ festivals. He is also Director of the Australasian Consortium of Humanities Research Centres.

Jonathan Swift: His Life and His World

Robert Phiddian teaches literature at Flinders University and is specially interested in political satire, parody, and humour. He researches political satire, including current Australian political cartoons, with Haydon Manning. He is Chair of the Adelaide Festival of Ideas, and has a particular interest in the quality of public language and in writers’ festivals. He is also Director of the Australasian Consortium of Humanities Research Centres.
How to resolve AdBlock issue?
X
How to resolve AdBlock issue?
X