I have never met a pope, but I have sometimes felt their shadow. In 1981, at the tender age of nineteen, I was a novice in the Jesuit order. We lived in a vast establishment in Sydney: the community included naïve youngsters such as myself, wily old retired Jesuits, as well as representatives of every age group in between. It was quite a fun place to live. One day, we were all summoned to a community meeting, a rare event for such a large group. The rector solemnly read out a special letter which announced the fact that Pope John Paul II had sacked the superior general of the Jesuits, the much-loved and saintly Father Pedro Arrupe. It was clear to me that even those Jesuits who had seen everything had never seen anything like this. The mood was sombre. 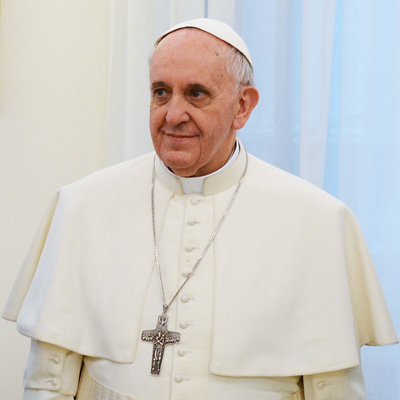 The years ahead would be difficult. John Paul II was an admirable man in many ways, but under his influence the Catholic Church became obsessed with the controlling influence of the papacy rather than with the liberating influence of Jesus Christ. John Paul II became the centre of years of what you might call popolatry. The test of belonging to the Catholic Church became loyalty to the pope rather than a search for God through a relationship with Christ. To provide just one example: I had the opportunity in 2000 to interview Professor George Weigel, an American who had just written a massive and absorbing biography of John Paul II. The American had been given unprecedented access to the ailing pope and the result was a very sympathetic book. I asked Weigel if, in all his research, there was a single issue about which he disagreed with the pope. His answer surprised me. He said there was just one. He had believed that when John Paul II made his statement in 1994 that women were never ever going to be ordained to the Catholic priesthood, the pope should have given reasons for his pronouncement. Admittedly, this would have been difficult, as there were no plausible reasons to give, a reason being something different from a rationalisation. Weigel then conceded to me that he later realised that the pope had been wise after all, because the church’s teaching would never change, although the reasons for it might well change. I was thunderstruck. He was saying that you could find the arguments you needed to support the conclusion you wanted. Far from being an example of the objective truth about which the pope liked to speak, it was more like intellectual opportunism. The fact of the matter was that the teaching about the ordination of women was a test of loyalty.

‘The test of belonging to the Catholic Church became loyalty to the pope rather than a search for God through a relationship with Christ.’

Please excuse such a long preamble to a consideration of Paul Vallely’s biography of the Argentinian Jorge Mario Bergoglio, now known as Pope Francis. I mention these recollections, and there are plenty of others that could have gone with them, only to explain the rare eagerness with which I devoured this book and the personal hunger I brought to its pages. There have been a number of books about Francis, some of them appearing almost as soon as he was elected a year or so ago. This is by far the best. It is sober, judicious, and well informed. It gets beyond both the hostile ranting and the infatuated clichés under which the institution of the papacy is often buried. It depicts Bergoglio as far more subtle than an ideological warrior.

Five years ago, it would have been inconceivable to me that a Jesuit could be elected to the papacy. Vallely explains how this came about. It is due partly to the fact that Bergoglio’s grandparents were poor emigrants from Italy and partly to the fact that, as a young priest, Bergoglio had a reputation for being conservative. But there was a real X-factor in the choice, and the first year of Francis’s papacy has surprised many. His style and substance are both different from anything we have seen for a long, long time. His first major work, The Joy of the Gospel, is the most invigorating papal document of my lifetime.

Vallely argues that Bergoglio brings one major advantage to the job. John Paul II had the great misfortune of never having been wrong in his life. This is not true of Bergoglio. Indeed, at the time of the conclave in 2005, which elected Benedict XVI, Bergoglio was undermined by a group of cardinals who made sure everyone knew about his ambiguous role in Argentina’s dirty war. Bergoglio was, at the time, a young leader of the Jesuits in Argentina. His ineptitude, to put it mildly, led to the imprisonment and torture of two Jesuit priests, Fathers Jalics and Yorio. Vallely painstakingly demonstrates how that scarifying experience was the beginning of a seismic shift within Bergoglio. It led to his profound commitment to the poor and rejection of the trappings of power. He became ‘the bishop of the slums’. He became prepared to stand up against the culture of clericalism and privilege, the world of ‘father knows best’, which has so deeply exacerbated the crisis of sexual abuse.

A lot of people have written off the papacy as an antiquated force that postures most unhelpfully in a world where genuine spiritual hungers are excited by an engagement with reality rather than a flight from it. Vallely’s book may just provoke them to think again. It portrays a man of quiet and humble depth and an institution that needs to do more than look after itself. 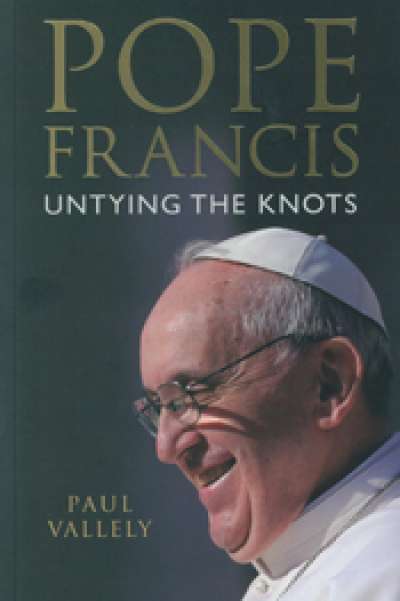