The Twelfth Raven by Doris Brett

Why does illness create such a marked need for story? Why do we want to read about other people’s illnesses and talk or write about our own? At the most basic level, it is surely because human beings always need stories. Indeed, neuroscientists believe that narrative consciousness is hard-wired into our brains. But what is it about illness in particular that invites narrative? Sociologist Arthur Frank suggests that a crucial aspect is that illness threatens us physically, existentially, and spiritually. In The Twelfth Raven, poet and psychologist Doris Brett confronts these threats with honesty and clarity. The result is an illness memoir as memorable as Eating the Underworld (2001), her remarkable book about ovarian cancer.

In this case, Brett is writing about her husband Martin’s stroke in 2009 and the severe complications that ensued. She is now in the role of partner rather than patient, although near the end of the book Brett also undergoes surgery. While Eating the Underworld was a combination of journal entries, poems, and short fiction, this book, told chronologically over a span of three and a half years, is written in a more traditional memoir form, with only two poems included. The book has a classic memoir beginning. Brett and Martin have packed all they need for a dance workshop. ‘We are prepared for everything. Absolutely everything. Except for what happens.’ What happens is that Martin suddenly finds himself unable to talk. They are soon in an ambulance on their way to hospital, where it becomes clear that Martin has had a stroke.

There are many turns in the story of Martin’s stroke and subsequent heart problems and in Brett’s advocacy and care for him. They become interesting not just because Brett makes us care about Martin, but also because of the observations she makes on the whole process of illness. For example, she recognises the importance of witnessing other people’s pain, the need for the physical presence of family and friends (emails or phone calls do not offer the same salve), the loneliness of being a carer, and the loss of self that can come with serious illness. Brett also describes the way the health system itself can hinder successful treatment: the hierarchy of specialists, their inability to talk to one another, poor provision of information to patients, the underfunded wards with overworked staff, and the endless waiting for beds, specialists, nurses, registrars, therapists. Anyone who has spent time in the public hospital system will recognise these situations, though few of us deal as effectively with them as Brett seems to have done. It is clear that Martin’s recovery was partly due to Brett’s research and advocacy skills and her ability to dedicate time and energy to his situation. Sometimes Brett leaves the detail of her own story and interior landscape and moves into a more generic discussion of issues, such as the need to treat depression in stroke sufferers. I found these sections less engaging and the tone-shifts uncomfortable, but the content will be useful to some readers.

‘She describes the sense of being split into several selves, a common response to times of crisis and illness.’

The fear and shock that accompany serious illness are vividly described in this book, as when Brett breaks down and howls like an animal faced with the ‘infinity of black water under ice’. She describes the sense of being split into several selves, a common response to times of crisis and illness. As Martin’s health improves, Brett gradually moves back into a more normal life. She notes: ‘It feels comfortingly safe and stable until suddenly, with the flick and speed of a switchblade, I am plunged back into the realisation, not just of what might have happened, but of what will eventually happen. And normality vanishes into the knowledge of death.’ This is the existential threat that, Frank suggests, illness provokes.

Brett is particularly interesting on the role of creativity and the effects of writing about illness. She read as many memoirs as she could by partners of those with serious illness, noting, ‘Memoirs became my only way of spending time with a fellow traveller.’ Clearly, she intends The Twelfth Raven to offer others the same solace. But she also notes that writing itself is in some way a counterbalance to grief and loss. During Martin’s illness, Brett wrote regular email updates to her friends; she includes some of these in her book. Their tone is markedly different from the rest of the memoir: they are deliberately humorous and non-threatening, written to amuse and inform, but never to frighten her ‘audience’ off. This is the tone of much first-person Internet discussion about illness, as well as of many of the everyday self-protective conversations we have. For me, the comparison between the updates and the rest of the book highlighted the value of memoirs like The Twelfth Raven: they provide a space for honest, deep, and crafted reflection on issues that affect us all but that we may not explore in other spaces.

According to Brett, the twelfth raven represents ‘joy for tomorrow’ and her book certainly ends on a positive note. The raven is also a trickster, a spirit that breaks convention and causes chaos, destroying thoughtlessly but also bringing gifts. The trickster – like illness – reminds us that human beings must live in a contingent world, that our illusion of control is just that, an illusion. Brett the writer may also be a trickster, offering us both a story of destruction and a gift. 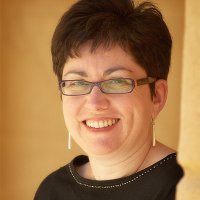 Rachel Robertson is a West Australian writer and senior lecturer in writing at Curtin University. She was the joint winner (with Mark Tredinnick) of the 2008 Calibre Essay Prize. Rachel’s essays and short fiction have been published in many anthologies and journals. She is the author of Reaching One Thousand: A story of love, motherhood and autism (2012, 2018) and co-editor of Purple Prose (2015) and Dangerous Ideas About Mothers (2018). 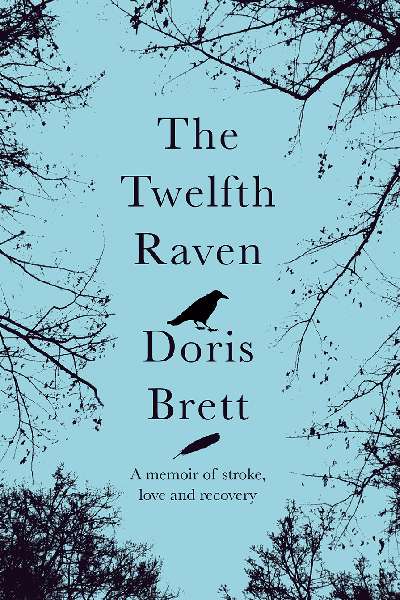