Despite its unrewarding title, The Steins Collect, both exhibition and catalogue, tells the most captivating story of early modern art and its patronage. The cast of characters ranges from the downright difficult (Leo) and the overweeningly self-important (Gertrude) to sunny Californian idealists (Sarah and Michael). Gertrude and her brother Leo set up their joint ménage at 27 rue de Fleurus, close to the Luxembourg Gardens, in 1903. A year later, Michael, their elder brother, and his wife, Sarah, settled in Paris and lived close by at 58 rue Madame. By 1909 the two households had assembled the largest and finest collection of Matisse and Picasso anywhere. Though comfortably off, the Steins were not remotely among the super-rich, yet only the Russian collectors, Sergei Shchukin and Ivan Morozov, at the end of the decade, would challenge their supremacy.

Leo was the moving spirit early on. Bernard Berenson, with whom the Steins would later have fraught relations, tipped Leo off to Cézanne and where to find him at Ambroise Vollard’s gallery in the rue Lafitte. After a windfall, Gertrude and Leo’s first major purchase together was Madame Cézanne with a fan, for 8000 francs – a large sum for them. Cézanne was a touchstone of modernity and quality for Leo, closely followed, interestingly, by Renoir. Leo acutely observed Renoir’s ‘feeling for absolute colour, colour handled not as the medium but as the stuff of art’. Cézanne was the other lodestar, ‘rendering mass with a vital intensity […] this upending gripping of the form, the unceasing effort to reveal its absolute self-existing quality of mass’. Together they formed his remarkable taste.

Leo and Gertrude made their most adventurous acquisition in 1905 at the Salon Automne. They bought, in the teeth of gales of derision, Matisse’s Woman with a hat, for 500 francs. Its impastoed patches of raw colour still challenge taste. Le bonheur de vivre (now at the Barnes, in Philadelphia) and The blue nude (Baltimore) followed in quick succession, along with the superb early Picassos such as Boy leading a horse (MoMA) and Girl with a basket of flowers. Gertrude and Leo’s concentration on Matisse and Picasso is quite extraordinary. Both were obscurities in the Paris art world when they started collecting them. Indeed, the Steins introduced Picasso to Matisse in the rue de Fleurus.

There were occasionally startling exceptions, such as Bonnard’s sumptuous The siesta (NGV). Prominently hung at the Metropolitan Museum next to Matisse’s Woman with a hat, it looked superb. Curiously, the Steins bought it in November 1905 and traded it fourteen months later for a good but not great Renoir portrait. Like all private collectors, Leo and Gertrude were active traders, and, like most private collectors, they never outsmarted the dealers.

From 1907 onwards Leo and Gertrude concentrated their firepower on Picasso. They bravely collected a series of gouaches, watercolours, and studies around Les Demoiselles d’Avignon, and were among the first to acquire masterpieces of early Cubism, such as the brooding, monumental Three women (1908), pushing beyond Cézanne, an anti-bather idyll. Matisse had become the exclusive domain of Michael and Sarah Stein. Leo was as quick to put down as he was to pick up. He shunned Matisse after 1908. Gertrude, never lacking in self-estimation, was stung that Matisse never suggested painting her. 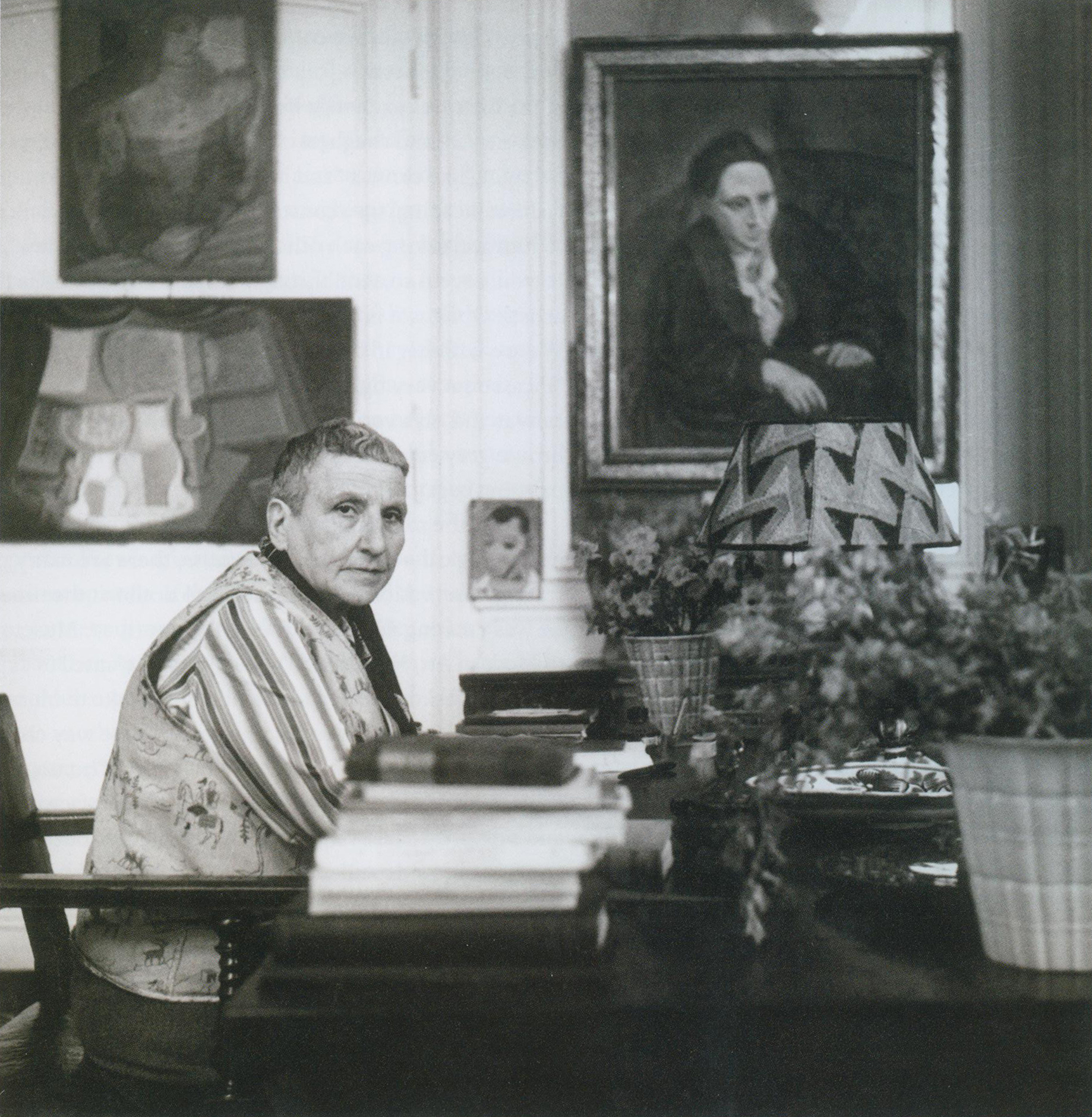 Gertrude Stein in her apartment at 5 rue Christine, 1938 (detail from a photograph by Cecil Beaton). Pablo Picasso’s portrait of her (1905–06) hangs on the wall behind her.

Matisse increasingly disliked the atmosphere of 27 rue de Fleurus, with its taste for the oracular and its subfusc promotion of a rivalry between him and Picasso. At the rue Madame, he found Sarah and Michael less grandiose, more sympathetic, to say nothing of the fact that they were enamoured of Matisse and his family. A striking contribution of both catalogue and exhibition is the new-found emphasis given to ‘the Mike Steins’. In a succession of period photographs of the interior of both the rue de Fleurus and the rue Madame, you can see the evolution and triumph of both collections.

Leo, who came to Paris via Florence and Berenson with an unfinished study of Andrea Mantegna, discovered those life-enhancing, ‘tactile values’ in modern art, in colour as well as modelled form. Gertrude found a new way of writing as she followed Picasso into his intensifying Cubism with its repetitive, fractured and faceted planes:

For Sarah Stein, who, despite her Jewish background and marriage, became a Christian Scientist in 1912, Matisse’s paintings came to have a profound therapeutic effect, from the brilliant decoration of Interior with aubergines to the brisk and aery landscapes they collected so abundantly. Each of them discovered a vital ‘principle of being’ in the works on their walls.

1914 would prove a fatal year for the Steins. Leo, now as openly contemptuous of Picasso’s Cubism as he was of Gertrude’s writing, and resentful of Alice B. Toklas’s presence, abruptly left the rue de Fleurus and divided the collection with Gertrude. He took sixteen Renoirs with him and some of the smaller Cézannes, leaving her with most of the Picassos. They barely spoke again. Leo was freshly embittered in 1933 when Gertrude’s minor classic, The Autobiography of Alice B.Toklas, appeared and reduced him to a bystander during their collecting years together. ‘God, what a liar she is’ was his brotherly assessment of the book.

At Matisse’s urging, Michael and Sarah Stein sent nineteen of his choicest works to an exhibition in Berlin in July 1914. War broke out the next month and the Steins could not repatriate the works. Some confusion reigns over what happened next. There may have been some kind of fake auction so that works could be secreted away in private hands, to be returned after the hostilities ended and to prevent confiscation. Fearing they would never see the works again, the Steins drew up a list with current valuations and sold the group to a pair of Norwegian magnates.

Although Gertrude sold a number of works to subsidise the publication of her otherwise unpublishable work, a substantial amount of the collection passed to Toklas on Stein’s death in 1946. She and the descendants of the Mike Steins were to be the chief beneficiaries of the will, which also authorised the sale of works to help subsidise publication of her books and to provide Toklas with an income. When Toklas sold some works without consulting anybody, there was a terrible falling out between the beneficiaries. When Toklas was temporarily absent from Paris, the collection was seized and she was reduced to near penury. On her death in 1967, a syndicate of MoMA donors such as David Rockefeller and William S. Paley bought much of the remaining collection. The Haas family in San Francisco acquired many of Sarah Stein’s Matisses including Woman with a hat,and gave them to the San Francisco Museum of Modern Art (where this exhibition began in May 2011, before moving to Paris and New York). Thus the pioneering taste of the Steins, the first serious collectors of twentieth-century art, continues to percolate through major American museums on both seaboards. There is a certain justice and irony to that conclusion, for Gertrude firmly believed that you cannot be a museum and be modern. 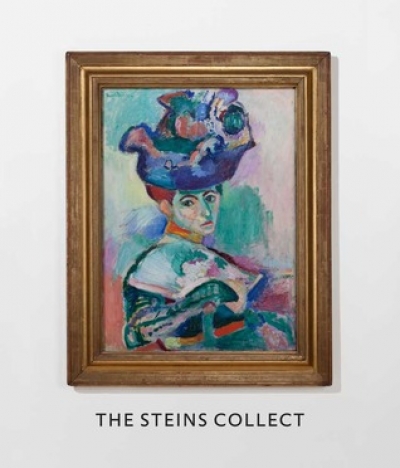 The Steins Collect: Matisse, Picasso, and the Parisian Avant-Garde