Historical dictionaries depend on quotations to exemplify how a word is used over time. An unsung hero of Australian lexicography, who contributed more than 100,000 quotations to the Australian National Dictionary (AND) and Oxford English Dictionary (OED) over a period of thirty years, died two years ago this month. Mr Chris Collier of Brisbane had spent every day since the mid-1970s combing the Courier-Mail newspaper for new words and new senses of words, which he then glued to 4 × 6 slips and sent to the Australian National Dictionary Centre (ANDC). Extremely private, he only provided us with a PO Box address. In many ways, he was a modern-day Dr Minor (1834–1920), the nineteenth-century contributor to the OED whose fascinating life is described in Simon Winchester’s The Surgeon of Crowthorne (1998).

I first became aware of Mr Collier’s work twenty years ago when, as a graduate student working at the ANDC in Canberra, it was my job to open the mail and the bundles of slips faithfully sent by him each month. His packages stood out from the rest, because they were eccentrically wrapped in old cornflake boxes with bits of dog hair and cereal stuck to them. It made me wonder what his work environment might be like, but no one had ever seen or spoken to the man and there was a veil of mystery surrounding him.

Years later, I discovered that Mr Collier’s reputation was not confined to Australia. When I went to work at the OED headquarters in England, one of the first questions I was asked was ‘Do you know Mr Collier?’ Little did we know in Canberra that he also sent hundreds of slips to Oxford each month.

When I was on a trip to Australia in 2006, visiting the ANDC, Mr Collier called the offices there. For the first time we were able to hear his voice. I asked if I could meet him in person. We met at a park behind the Paddo Tavern in the Brisbane suburb of Paddington, his ‘office’ as he put it. Mr Collier had moved with his family to Paddington from Victoria when he was three years old. He was educated at the Milton State School, and spent most of his life working in the Queensland Patents Office. In 1975 he read an article in the Courier-Mail about the then Chief Editor of the OED, the New Zealander Robert Burchfield (1923–2004), who was calling for public contributions to his Supplement volumes of the OED. ‘I thought, imagine if I could help get one word in the dictionary,’ Mr Collier told me. And so began the obsession that occupied him every day after that. He supplied an average of 250 quotations every month, and sent more than 100,000 quotations in all. Open any of the drawers in the OED Quotations Room and you will find slips from Mr Collier. Not all of these words have gone into the dictionary, of course, but so many of them did that Brisbane’s Courier-Mail is now the 584th most frequently quoted source in the OED, with more quotations than Virginia Woolf or T.S. Eliot.

Mr Collier’s contribution to the OED is matched only by one other Australian: Edward Morris (1843–1902), the headmaster of Melbourne Grammar School who, over a period of forty years in the late-nineteenth century, sent so many citations of Australian English to the OED editor James Murray (1837–1915) that Murray suggested Morris publish his own dictionary, which he duly did, in 1898. This was Australia’s first historical dictionary, Austral English.

Mr Collier lived alone in the same Paddington house his entire life. His collection of movie posters and words from the Courier-Mail eventually took over his living quarters. ‘He was the local naturist and a hoarder,’ explained his neighbour of forty-six years. ‘Eventually there was only a single, narrow track through the house with piles of paper and newspapers lining each side.’

I doubt we could find a more devoted friend of the Dictionary. I had asked him whether there was any chance of his going to Oxford to see firsthand the work of the editors of the OED. ‘No way,’ he replied, ‘I couldn’t face all the Courier-Mails waiting for me on my return. I am going to be at Paddington for the rest of my days.’ Aged seventy-nine, Mr Collier went in to the Royal Brisbane Hospital on 20 June 2010 for a heart operation. He died on the operating table. His funeral was attended by his neighbours, none of whom knew the extent of his contribution to English scholarship. 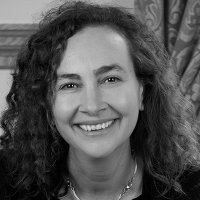 Sarah Ogilvie’s most recent books include Gen Z, Explained: How to live in a digital world (2021), The Whole World in a Book (2020), and The Cambridge Companion to English Dictionaries (2020). She is a linguist at the University of Oxford.