Trivial Pursuit: Leadership and the End of the Reform Era (Quarterly Essay 40) by George Megalogenis

The Party Thieves: The Real Story of the 2010 Election

Political writers are much like their sports-writing cousins. Most simply tell it as they see it, recounting the highs and lows of the game, the winners and losers, the statistics and scoreline. Some – courtesy of a flair for language, a well-stocked contacts book, or the perspective that comes from being a former player or a veteran observer – have the ability to place the reader in the goal square, on the starting block, or in the ring. A few have the peripheral vision and conceptual dexterity to write not just about the game, but also about the world that political and physical contests should represent, if not encapsulate. Those talented few are the ones worth reading once the crowds have gone home and the stadiums emptied, once the last ballot has been counted and the last baby kissed.

C.L.R. James – the late Trinidadian writer, activist, and Marxist – is a case in point. Here was a writer who, besides campaigning to end colonialism in the West Indies and for socialism in the United States, penned novels, essays, seminal historical works such as The Black Jacobins (1938), and what is widely regarded as the greatest book on cricket, Beyond a Boundary (1963). What makes Beyond a Boundary worth reading is that it is not about cricket so much as about the colonial, cultural, racial, economic and social forces that cause flannelled fools to play such an archaic game with such aggro.

Likewise, what makes George Megalogenis’s first two books, Faultlines: Race, Work, and the Politics of Changing Australia (2003) and The Longest Decade (2006), worth reading is that they are not about politics so much as they are about the social, cultural and economic forces that cause the grey-flannelled fools in Canberra to play up as they do.

I have known George for more than twenty years, since we were both cadet journalists on the now-defunct Melbourne Sun, and I have always liked his independent spirit. In an industry that encourages a pack mentality, George avoids the scrum. That singularity has earned Megalogenis respect across the Labor and Liberal tribes, a fact demonstrated when both John Howard and Paul Keating launched The Longest Decade (admittedly at separate functions in Canberra and Sydney). It has also led Megalogenis, in Trivial Pursuit, his first appearance as part of Black Inc.’s Quarterly Essay series, to deliver a devastating critique of national affairs as they stand in the aftermath of the 2010 campaign.

Megalogenis’s essay is just that – an assault on the poll-driven, media-centric approach to governance that was built up by Howard after the near-death experience of GST reform and then monstered by Kevin Rudd through innumerable politics-over-policy fiascos. His contention is that the reform model that served the Hawke, Keating, and early Howard governments is now ‘broken’:

We are dealing with a system-wide crisis. Labor was unable to fulfil its first-term promise to be an agent of change because it, and the nation it served, had already lost the institutional means of reform. The [emissions trading scheme] and the mining tax and the back-sliding on immigration reflect the policy cowardice of our times … Consider what follows a medical examination of an ailing body politic.

The diagnosis that follows – bolstered by on-the-record interviews with, among others, John Howard and Julia Gillard, but no Tony Abbott or Rudd – is sobering. By Megalogenis’s reckoning, the reform era formally ended in 2001 when Howard caved in to the motor lobby and abolished the automatic indexation of the fuel excise. Since then, prime ministers haven’t shown the stamina to maintain an argument long enough to drive through a major reform, and poll-fixated journalists haven’t shown the interest.

After 2001, Howard ‘perfected a form of cashed-up and lowest-common denominator governing that rattled Labor’s faith in the nation it wanted to serve’. As a consequence, after Rudd’s victory in 2007, Labor ‘governed by the conservative populist manual … It was cowered by Howard, and captured by the polls.’ That’s why, as prime minister, Rudd ‘was all doorstop and no delivery’.

As a consequence, at a time when, due to generational and global challenges such as our ageing population and climate change, Australia needs to come to terms with a reform agenda to rival the Hawke and Keating governments’ economic and competition reforms, we are, as a nation, going backwards – baulking at a carbon price, getting into an advertising war over a mining tax, and closing the door on the migrants we need to sustain the national economy.

The end result of such ‘policy cowardice’ is best summed up by this post-election analysis of voters by focus group researcher Rebecca Huntley:

[Voters] have serious problems with the two-party system … and the apparent inability of our political leaders to think and act long term for the benefit of the nation. They often express their dissatisfaction with the quality of media commentary on policies as well.

No wonder activist groups like Get Up! and cleanskin political parties like the Greens are on the ascendancy.

In the end, Megalogenis comes to a downbeat conclusion. Australia, he writes, is on the road to mediocrity unless it can secure reform where majority support already exists: ‘What makes me pessimistic about the nation’s politics now is the character of many of the people in it. The crew that delivered us such a silly campaign have to behave like adults to make the hung parliament work.’

Television host Barrie Cassidy’s first book, The Party Thieves, is not in the same league as Trivial Pursuit. In sports writing terms, it is closer to one of Steve Waugh’s tour diaries than to Beyond a Boundary. Which is not to say The Party Thieves is a bad book. Cassidy – a former press secretary to Bob Hawke and current host of the ABC TV political chat show Insiders – has delivered a far more coherent offering than Mungo MacCallum’s patchy election diary, Punch and Judy: The Double Disillusion Election of 2010 (which I reviewed for ABR in November). Cassidy writes clean, easy-to-read prose that – together with his high media profile – will probably make this a favoured Christmas present for political tragics. Whereas Megalogenis’s Trivial Pursuit is the kind of book you will argue about with friends, Cassidy’s The Party Thieves is the kind of political book you will read on the beach.

Cassidy has a slightly contentious point to make: that the two leaders dethroned in 2009 and 2010, Labor’s Kevin Rudd and the Liberals’ Malcolm Turnbull, were outsiders who ‘stole’ their respective parties, and that their removals were about both parties reclaiming what was rightfully theirs. There is more than enough material around to support the argument that Rudd was a party thief – less so for Turnbull. It could just as easily be argued that Turnbull – as a moderate Liberal – had the party stolen from him by conservatives such as Howard, Abbott, and climate change denier Nick Minchin.

Structurally, Cassidy sets out his wares sensibly: going back to the fall of Mark Latham to understand the rise of Kevin Rudd, cataloguing the errors that led to the fall of Rudd and advent of Gillard, going through the weeks of the campaign, recounting the seventeen-day drama of the negotiations to secure a minority government, then summing up the lessons of the whole sorry saga.

According to Cassidy, the ‘faceless men’ saved the Labor government when they sacked Rudd, Gillard would have won outright if not for the leaks that derailed two weeks of the campaign, Labor should never have rushed to the polls so soon, the abortive announcement to build a Parramatta to Epping rail link was Labor’s worst tactical bungle, and ‘the insidious influence of focus groups [is] wrecking the prospect of responsible policy formulation and sane, intelligent social discourse. … The bogans rule because the bogans vote.’

Like Megalogenis, Cassidy is troubled by the uninformed prejudices behind the campaign backlash against migration, arguing convincingly that his old boss, Bob Hawke, would have challenged that prejudice. Unlike Trivial Pursuit, The Party Thieves is more a play-by-play of the 2010 election and post-election than a book that goes beyond the boundary.

If such a sophisticated book were to be written about the aftermath of the 2010 election, it could do worse than vivisect the assumption that the Australian democracy now belongs to bogans and Greens. 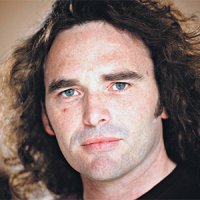 Joel Deane is a speechwriter, novelist and poet. He has worked in newspapers, television, politics, and internet startups in Australia and the United States. His third novel will be published in 2022.