The Body in the Clouds by Ashley Hay

The Body in the Clouds, Ashley Hay’s scintillating and accomplished first novel, is in fact her fifth book, its predecessors all being non-fiction. There was the Lord Byron book, The Secret: The Strange Marriage of Annabella Milbanke and Lord Byron (2000), Gum: The story of eucalypts and their champions (2002), Herbarium (2004) and Museum: The Macleays, their collections and the search for order (2007).

The new book’s accomplishment resides, at least in part, in its avoidance of an obsession with any thinly veiled authorial self. There is none of that ‘Look at moi! Look at moi!’ so often found in first novels. This avoidance has been achieved through the counterpointing of four distinct but related narratives around a central theme. James Joyce might have called it ‘parallax’. The central theme, or emblem, is the concept of ‘Bridges’, especially the Sydney Harbour Bridge, the distant possibility of which is contemplated by the historically based William Dawes in the late eighteenth century. In the 1920s and 1930s, Ted Parker works on and beneath the Bridge, and in the present-day Dan Kopek flies back – consider the plane as bridge – from London to reunite with his childhood friend Charlie Brown, who photographs the Bridge.

Perhaps the novel might have been called ‘The Bridge’, but that title has already been taken by an American and lacks the allusion to a 1790 letter from Governor Arthur Phillip to Lord Sydney. ‘That they [Indigenous Australians] have some idea of a future state appears from their belief in spirits, and from saying that the bones of the dead are in the graves, but the body in the clouds: and the question has been asked, do the white men go thither?’ But another American poet, other, that is, than Hart Crane, suggests the universal reference of ‘bridges’:

Ever unreeling them – ever tirelessly speeding them.
And you, O my Soul, where you stand,
Surrounded, surrounded, in measureless        oceans of space,
Ceaselessly musing, venturing,           throwing, – seeking the spheres,         to connect them
Till the bridge you will need, be form’d –      till the ductile anchor hold,
Till the gossamer thread you fling,     catch somewhere, O my Soul.

About one third of the way into The Body in the Clouds, Lieutenant William Dawes encounters an antipodean cousin of Whitman’s ‘noiseless, patient spider’:

In the early morning sunlight the web shimmered and glistened like a handful of jewels. At its centre, heavy among the delicate dew and the strong strands of silk, sat the spider, still and waiting. Headlong up from the observatory’s point, William Dawes found the web strung and stretched across the pathway; heading in the opposite direction, the surgeon found it also blocking his track and the two men looked at each other across the gossamer as if they’d found some great strong wall between them.

‘No symbols where none intended’, as Samuel Beckett wrote. In Hay’s fiction, Dawes’s spider web will become Ted Parker’s Harbour Bridge will become Dan Kopek’s silver-cylinder of an airliner. That William Dawes, chronologically the first of Hay’s principal characters, was an historical presence is one of the factors liberating her novel from the merely personal. According to Terry Irving and Rowan Cahill’s Radical Sydney, ‘the southern pylon of the Sydney Harbour Bridge rises from Dawes Point, named after Lieutenant William Dawes (1762–1836), a First Fleet officer of marines, engineer, surveyor, mapmaker, astronomer, ethnologist and botanist. … [He later] became celebrated as a linguist, radicalised as a conscientious objector, and depicted as a symbol of nascent racial understanding / harmony.’ Irving and Cahill do allow that Cassandra Pybus has offered a revisionist reading of Dawes, challenging his depiction as a ‘saintly’ hero.

It suits Hay’s novel’s purpose to have Dawes’s spider cast a long shadow. When Dan leaves London, ‘his plane turned onto the runway and began to pick up speed. Dan leaned back against his seat, closed his eyes, and saw quite clearly the shape of a man flying across the face of the sun. Somewhere, as far back as childhood, he’d started thinking about Icarus …’ The first epigraph to Hay’s novel, before the letter from Governor Phillip that provides her title, is Auden’s celebrated account of the fall of Icarus in his ‘Musée des Beaux Arts’. Icarus figures pervade Ashley Hay’s novel, most prominently that of the man who falls from the Bridge during its construction, only to rise to the surface and survive. The novel has a wonderfully comic, if not shaggy dog, story regarding who that falling man in fact was. In this respect, the novel recalls the marvellous Dal Stivens story ‘The Man Who Bowled Victor Trumper’.

Charlie Brown’s photographic project, juxtaposing early journals with weather photographs, is understood by her ‘Gramps’: ‘You’re looking for overlaps, coincidences, aren’t you love? Bits of time between now and then?’ Thus a photograph of a brick stamped 1791 takes present-day characters back through the building of the Bridge to Dawes’s nascent Sydney. Such ‘overlaps, coincidences’ – parallaxes – are the very structure of The Body in the Clouds; its raison d’être. Ashley Hay’s structures and her characters are illuminated by an incandescent intelligence and a rare sensibility. A commanding début novel indeed. 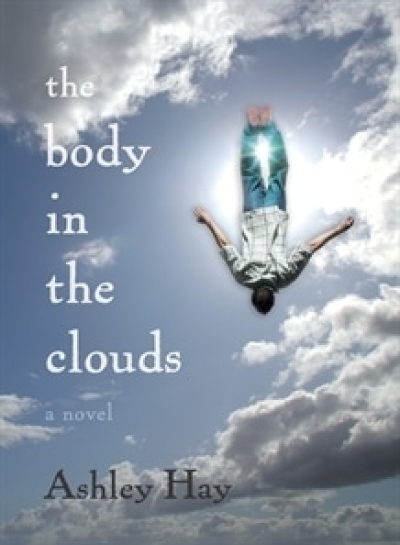 The Body in the Clouds