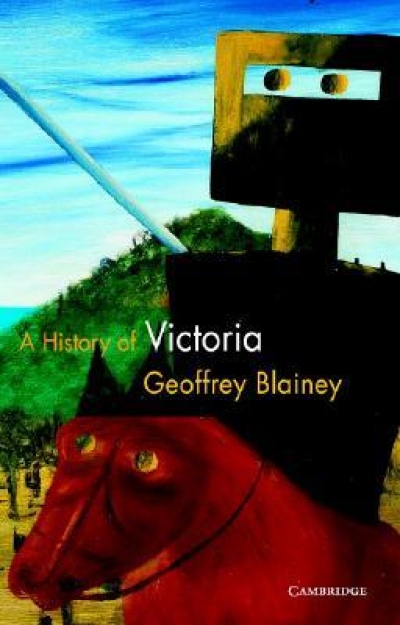 An earlier version of this history of Victoria first appeared in 1984 as Our Side of the Country. Though for the past sixteen years Sydney-born politicians Paul Keating and John Howard have usurped Victoria’s former almost constant ‘top position’ in Canberra, the possessive pride reflected in that early title still runs through this modern version. Wondering how such a small state could exert such influence for so long, Blainey concludes that ‘mental power, energy and ingenuity’ have probably always been more important than ‘gold, soil and grasslands’. There has been some pruning of the original and some subtle rewriting, a couple of chapter headings have been changed more accurately to reflect their contents, and the three-part structure has been replaced by two – one nineteenth century, the other mainly twentieth. Three major chapters covering the changes wrought during the years of John Cain, Joan Kirner, Jeff Kennett, and Steve Bracks have been added.

Blainey’s characteristic delight in the significance of everyday objects and activities is still evident: the change from sail to steam, the role of horses in the workforce, his acute observation of memorials and ceremonies. Though much of this may not seem particular to Victoria, a valuable theme from the original book that is maintained and pursued further in this edition is the historic rivalry of New South Wales and Victoria, along with comparisons with the other states, where appropriate.

The weakness of the labour movement in Victoria, for example, seems both a puzzle and a reproach to Blainey. New South Wales has often elected Labor governments, but, until recently, Victoria hardly ever. Blainey suggests that an explanation may be found in the independence and enterprise of Victoria’s migrants from the gold rushes on. Without heavy mining and manufacturing industries, Victoria needed a skilled workforce, new technologies and innovation for economic development. Victorian liberals, beginning with Alfred Deakin, understood well the need to protect skilled employees against the naked demands of capital. As well, Victoria, during the Depression of the 1890s, lost labour and political talent to other states. Blainey’s reproach, however, may be unnecessary if it is remembered that, in New South Wales, liberalism never developed beyond its free trade origins. It forced the rise of a hard labour movement in self-defence.