Dreams of Speaking by Gail Jones

If you can say immediately what you think a novel is ‘about’, then the chances are that it may not be a very good novel. Fiction as a genre gives writers and readers imaginative room to move, to work on a vertical axis of layers of meaning as well as along the horizontal forward movement of narrative development.

But when hesitating over the question ‘what is this novel about?’, one good way to cut through the hesitation is to think what, if you were a designer, you would put on the cover, disregarding issues of marketability and thinking, for the moment, strictly about meaning. For me, the ideal cover of Dreams of Speaking would show a photograph or drawing of a traditional raked Japanese garden. When Mr Sakamoto, one of this book’s two main characters, is explaining to Alice, the other, about the way that a telephone works, he remarks: ‘It’s about ripples in the air, patterns of ripples, as in a Japanese raked garden … [which] always looks to me like an image of sound waves. Gardens, ocean, the beauty of energy transmission.’

One of the many things going on in this image, in this conversation, and indeed throughout the whole novel, is the reconciliation between a number of pairs more usually thought of as oppositional or dichotomous: machines and aesthetics, science and magic, modernity and timelessness, west and east, and, as Mr Sakamoto puts it, ‘nuance and eternity … the two dimensions of haiku’.

Mr Hiroshi Sakamoto is a sixty-eight-year-old survivor of the Nagasaki bombing, and the writing of haiku has been his salvation, practised as a spiritual exercise and a form of healing in the wake of his wife’s death: ‘It was then 1972 and Hiroshi was at last experiencing the grief of 1945.’ The preoccupation with haiku is just one of many manifestations of this book’s intense literariness; its embedded literary allusions and near-quotations a benign form of dog-whistling to fellow-scholars, its bibliophilia a healing force for both main characters. ‘Mr Sakamoto said that reading had saved his life … At a time, he said, when he felt blasted by images, words had anchored him.’ An explicit contrast is drawn with internet technology: Alice (and, one suspects, Gail Jones) loves the logical orderliness of modernity and its machines, in contrast with postmodernity’s chaos and the panic exacted by its randomness, which at one point drives Alice to flee an internet café and seek haven in a bookshop.

Alice and Mr Sakamoto meet as strangers on a Paris train, become friends and converse by email and in person about the many things in which they share an interest. This friendship, as Alice summarises it to Mr Sakamoto’s daughter, is the spine of the story: ‘I liked him at once, his candour, his humour. Then we discovered we were both, in a sense, researching technology – he with his biography of Alexander Bell, I with a book on the poetics of modernity ...  Our friendship consists almost entirely of shared meals and long talks.’

Alice is a young woman from Perth, ‘a city full of light’, visiting Paris on a research grant – ‘they offered me the use of a studio’ – to write her book on ‘the unremarked beauty of modern things, of telephones, aeroplanes, computer screens and electric lights, of television, cars and underground transportation’. As with Jones’s previous novel, Sixty Lights (2004), the narrative at its realist level provides a frame for the exploration of ideas about the aesthetics of technology, but Dreams of Speaking explores these issues further and differently. There’s a realist level of narrative that works like a bass line to keep the novel grounded and pulled together – the end of a love affair, a sister’s slow recovery from cancer, a long-kept family secret – but the novel’s real ideas find their expression in the electronic and face-to-face conversations between Mr Sakamoto and Alice.

Making the main characters writers and thinkers is a simple but effective strategy for normalising this kind of academically informed dialogue in fiction, as used successfully by such novelists as A.S. Byatt and David Lodge. Nor do Alice and Mr Sakamoto come across as puppets or mouthpieces; the interweaving of narrative and ideas actually seems to be working better here than in Sixty Lights, where that juxtaposition sometimes strains a little at its seams. But this novel has a very convincing continuity of voice, thought and story, so that Alice is an engaging character in every phase of her life; her intellectual, social and familial selves all seem cut from the same imaginative cloth. Jones is an extraordinary writer no matter what genre she is working in, and often breaks new ground in her treatment of her subject matter, but this novel strikes the most successful balance I’ve seen in her work so far between intellectual complexities, on the one hand, and simple narrative seductions, on the other. She is also an intensely poetic writer and here keeps the story moving along, not only in spite of the density of her language but often by means of it.

Mr Sakamoto, in particular, is a character you just keep wanting to know more about, and his vision of haiku’s ‘nuance and eternity’ sums up, if anything could sum it up so simply, what this novel is about: time and timelessness, and the paradox of their coexistence. ‘The hunger for nuance and eternity infiltrated the lives of everyone, even the speediest executive. It was this that caused a businessman to pause, in the dim light, and listen in the shadows to his sleeping child breathing … to stand in the time of a small child’s breath.’ 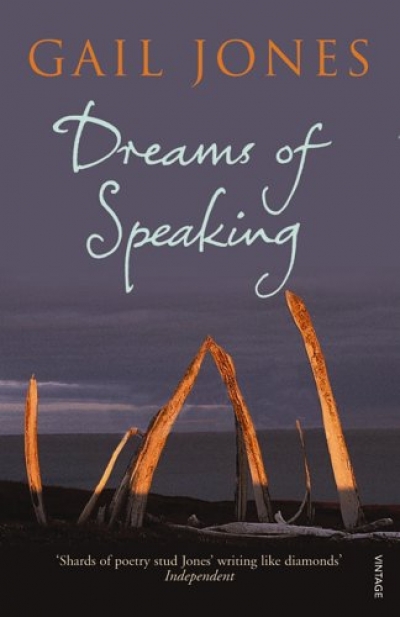