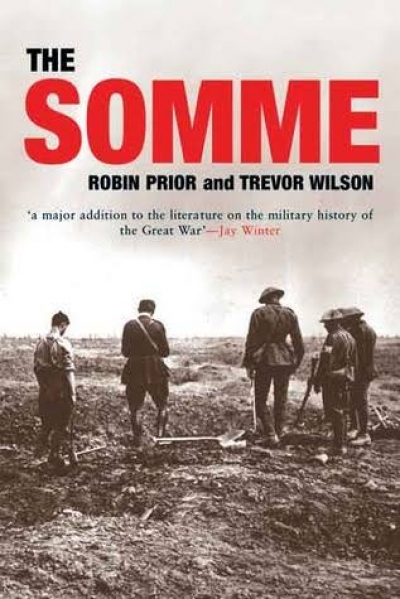 by Robin Prior and Trevor Wilson

The Somme – it is a name that still strikes dread in the ears for its carnage, ineptitude and sheer waste of life. For the English-speaking world at least, the battle of the Somme has come to symbolise all that was bad about the Great War in general, and the Western Front in particular.

The 141-day battle cost the British Army alone more than 400,000 casualties, including 150,000 men killed. The first day (1 July 1916) saw the death of 20,000 soldiers – the single bloodiest day in the history of the British Army. It wasn’t quite as bad as the savage slaughter at Towton on 29 March 1461, where about 30,000 Englishmen perished in the vicious quarrel between York and Lancaster, but on the Somme the bloodshed kept going, day after day for four and a half months, and no one seemed to know how to stop it.

There have been many books about the Somme. The earliest played up the discipline and bravery of the troops as they marched confidently into waves of machine guns. Later accounts cast increasingly critical eyes on the command decisions that cost the lives of an appalling number of men. The end result is that writing about the Somme tends to be characterised by a romantic-heroic elegy for doomed youth, combined with an undisguised sardonicism about the mental abilities of the command, especially Douglas Haig.

Martin Ball is a Melbourne reviewer.

by Robin Prior and Trevor Wilson

Martin Ball is a Melbourne reviewer.