On 23 October 2018, at Parliament House Canberra, Professor Glyn Davis launched the second volume of former Prime Minister Kevin Rudd’s memoirs, The PM Years. Here is a transcript. ABR is grateful to Professor Davis for allowing us to reproduce his speech. Our review of The PM Years will follow. Neal Blewett reviewed the first volume for ABR.

G’day. My name is Glyn Davis. I’m an academic interested in public policy but, importantly for this purpose, a friend of Kevin Rudd and his family over several decades. So I speak as someone keen to acknowledge Kevin’s achievement in this new text and the government it describes.

And this is a homecoming of sorts. Ten years ago, I joined one thousand Australians here at Parliament House for the 2020 Summit. Kevin flatters us by calling it a ‘gathering of the talents’ in his second volume of memoirs, The PM Years.

Like Kevin, that Summit attracted many critics. Kevin promised as much before the event, saying – and I quote – ‘the Australian body politic is all too ready to ridicule anyone, or any institution, dedicated to the world of ideas’. Certainly, some in the media did not welcome disruption of the rituals of politics. One aggrieved television reporter at the Summit complained about the lack of lively pictures. ‘Can’t you make them move around a bit?’ she asked. ‘They’re just sitting talking.’ For others, everything was wrong – the selection of participants, the choice of topics, the venue with its suggestion that the unelected can debate ideas in this place. The powers that be at Parliament precluded the Summit organisers from using either chamber.

But most of the commentary, then and since, joined that report in doubting the value of people sitting around talking about ideas. Apparently public policy should be immediate, always tangible, quickly digested. Something must happen, straight away, or the event is worthless.

Yet ideas take time to percolate. The 2020 Summit saw the first sustained public conversation about what became the National Disability Insurance Scheme, a proposal that developed into the Ken Henry tax review, the discussion of a national broadband network, a call for recognition of Indigenous peoples in the constitution.

It seemed the right moment for bold policy thinking. 2008 began with the moving apology to Indigenous Australians, followed by Ross Garnaut’s landmark report on climate change and its implications. The Summit followed in April. 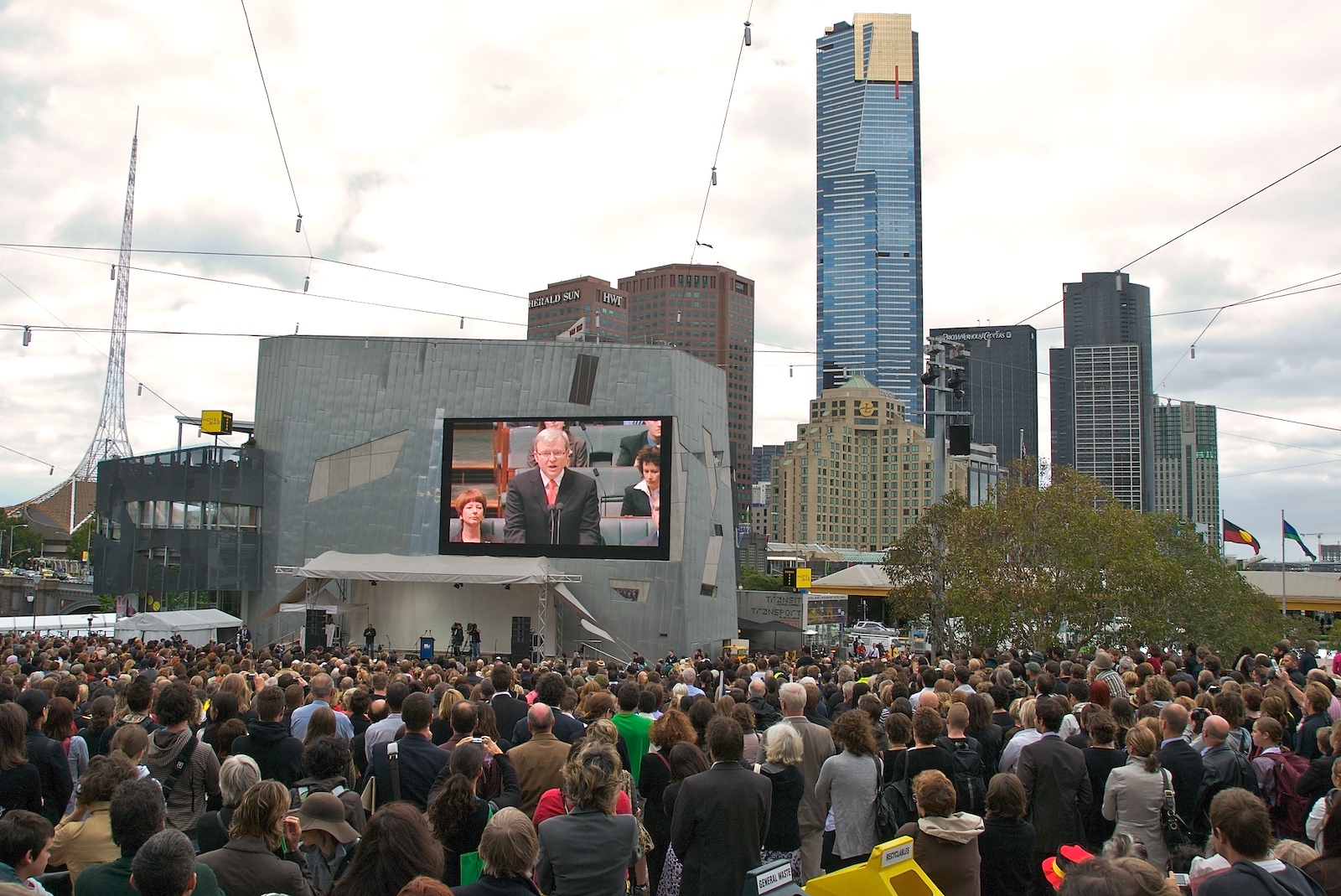 But sometimes events outrun aspiration. Just over the horizon, not yet quite visible, waited the Global Financial Crisis. Keeping Australia from recession or worse became the consuming concern of government. The Summit agenda was put aside for more pressing matters. This would prove a pattern for the Rudd government, as for President Barack Obama – the urgent pushing aside the long term, the times rarely allowing a return.

Yet thinking about ideas did not stop because the financial system froze. The PM Years describes policy innovations from tax to communications, federalism to health care. Machinery of government changes, too, find a place in these pages. From this former senior public servant there is a passionate defence of an independent and professional public service, and an account of their achievements.

On this other tenth anniversary, the chapters on the Global Financial Crisis are particularly compelling, a privileged account from the Lodge of global panic as the apparent solidity of financial systems melted into air. Later, there is the drama of Copenhagen. Nations could cooperate on financial policy, but not, it turned out, on climate action.

Amid crises is the quotidian daily work of government, new programs for paid parental leave, the gatherings of the G20, the hidden drama of preparing an annual budget. Perhaps it will be just people like me, interested in policy making, who focus on the account of ‘programmatic specificity’, as Kevin memorably called the responsibility of making choices.

Inevitably, the wider public reception of The PM Years will focus just on passages dealing with the cutting down of a prime minister – still shocking in 2010, now alas an accustomed part of Australian parliamentary life. In a room of political reporters, I leave the professionals to assess the account of coup and counter-coup offered in the volume. I note only that the narrative reprises the candour already displayed in Not for the Faint‑hearted: A personal reflection on life, politics and purpose. Or as Robert Manne wrote about Volume One in the Sydney Morning Herald (23 October 2017), this is an ‘almost always engrossing and sometimes surprisingly self-critical autobiography’.

There is celebration of success, certainly, but pain and distress, too. The epigram for The PM Years is drawn from a Shakespearean comedy – ‘love all, trust a few, do wrong to none’ – but this is not a story in which all ends well, with characters reconciled and the world put to rights.

The former prime minister has a famously forensic mind and attention to detail. This is evident whether he is writing about fiscal policy, about foreign policy choices – or in assessing motive among colleagues. Hence there are passage that make for painful reading, flashes when dishonesty is detected, moments of puzzlement and hurt, sometimes of miscalculation. And even amid 600 pages of text, some things remain unknowable. Amid conflict we cannot comprehend the state of anyone else’s soul – and, sometimes, our own. 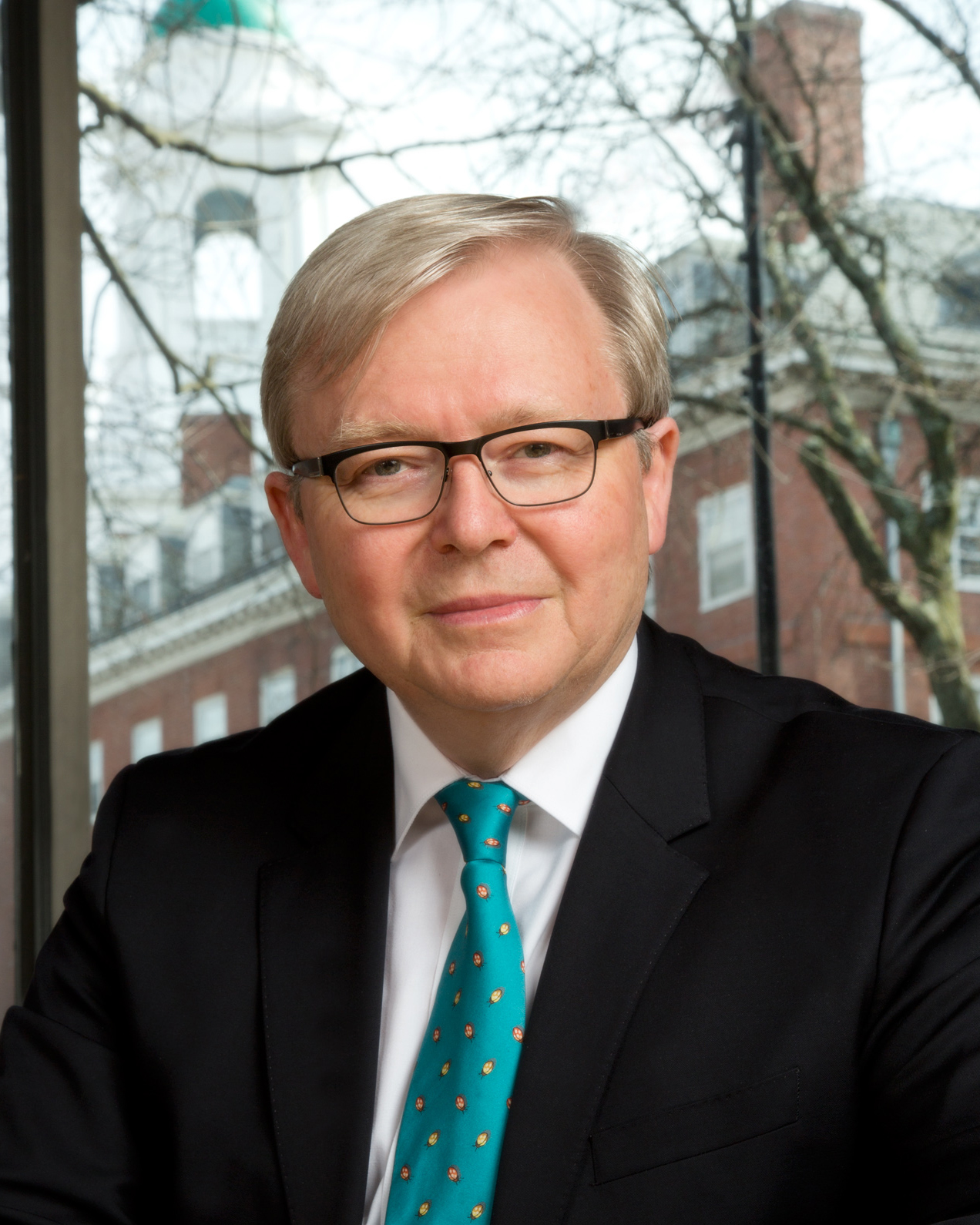 Nonetheless, Kevin recalls with gratitude the political allies who stayed by him, and the enduring importance of family. The dedication to the volume makes this clear –

To Thérèse, Jessica, Nicholas and Marcus,
who stood with me alone in the prime minister’s courtyard on 24 June 2010, the day after the coup.
And every day since.

Kevin here acknowledges the brutality of politics as played in this building, and the price for those around our political leaders. No one who saw the photo of that courtyard media conference, reproduced in this book, could miss the distress on family faces.

Trauma brings some hard lessons. In Opposition, Kevin courted the media with skill, and enjoyed support from the Murdoch media empire before his election as prime minister in 2007. There was little love subsequently. The PM Years includes a generous spread of News Corporation front pages and cartoons attacking the prime minister. In 2013, Rupert Murdoch joined the fray directly, tweeting his displeasure at Rudd PM. Kevin concludes that, like great powers, New Corporation has fleeting alliances but enduring interests. This finds him in common cause with another deposed leader, Malcolm Turnbull.

It turns out that Turnbull PM could have benefited from another Rudd lesson learned the hard way. After the experience of 2010, the briefly restored Rudd introduced new caucus rules. These lift the threshold for challenging a serving Labor leader. The rule change has contributed to leadership stability after so much upheaval.

Such steadfastness has been absent across the aisle. A minimum seventy-five per cent party room vote for any leadership spill while in government, now adopted by Labor, would have saved Malcolm Turnbull in September 2018, and Kevin Rudd in June 2010. Ironically, the same rule might also have protected Kim Beazley in December 2006, when Kevin Rudd and Julia Gillard challenged successfully for the Labor leadership. Politics is a tough teacher, with a cruel fondness for irony.

Since this is an autobiography through to 2013, there is a second act to this political life. We read about the appointment as Minister for Foreign Affairs, the years of global diplomacy. This returns to the international themes prominent in Volume One. Foreign Minister Rudd meets global characters great and small, from the generals of Myanmar to heads of state willing to discuss Australia’s campaign for a seat on the Security Council. Kevin travels in Asia, Africa, and Mexico, worries about decisions by the Israeli government, argues with Prime Minister Gillard about Libya and the future of the Australia Network.

His return to the ministry is brief. There is a further stint in the naughty corner on the backbench, and finally Kevin takes on the ‘poison chalice’, as he describes leading government to a modest defeat in 2013. Like the closing scenes from Troy, the citadel of power falls without sound. We witness in mute silence the tumble of one prime minister and the brief elevation of her successor.

Amid the carnage, this autobiography ends by asking whether forgiveness, healing and reconciliation are possible in politics. Kevin knows that he, like other people, is part rational, part physical, and part emotional. It is hard for anyone to move on after bitterness, yet the autobiography closes with a vow: ‘Too many people in Australian public life remain consumed by ancient hatreds. I do not intend to be among them.’

This book may revive, for a while, some of those ancient hatreds. Over time it might be read differently – as a firsthand account of a moment when Australia managed economic chaos with skill, only to fail before the challenge of emissions policy following Copenhagen.

In The PM Years, Kevin Rudd tells the story of a government struggling – as all do – to manage politics and policy, to find a humane yet effective migration policy, or a national consensus on energy. He documents the moment Australian politics became marred by instability – with Canberra as the coup capital of the world. 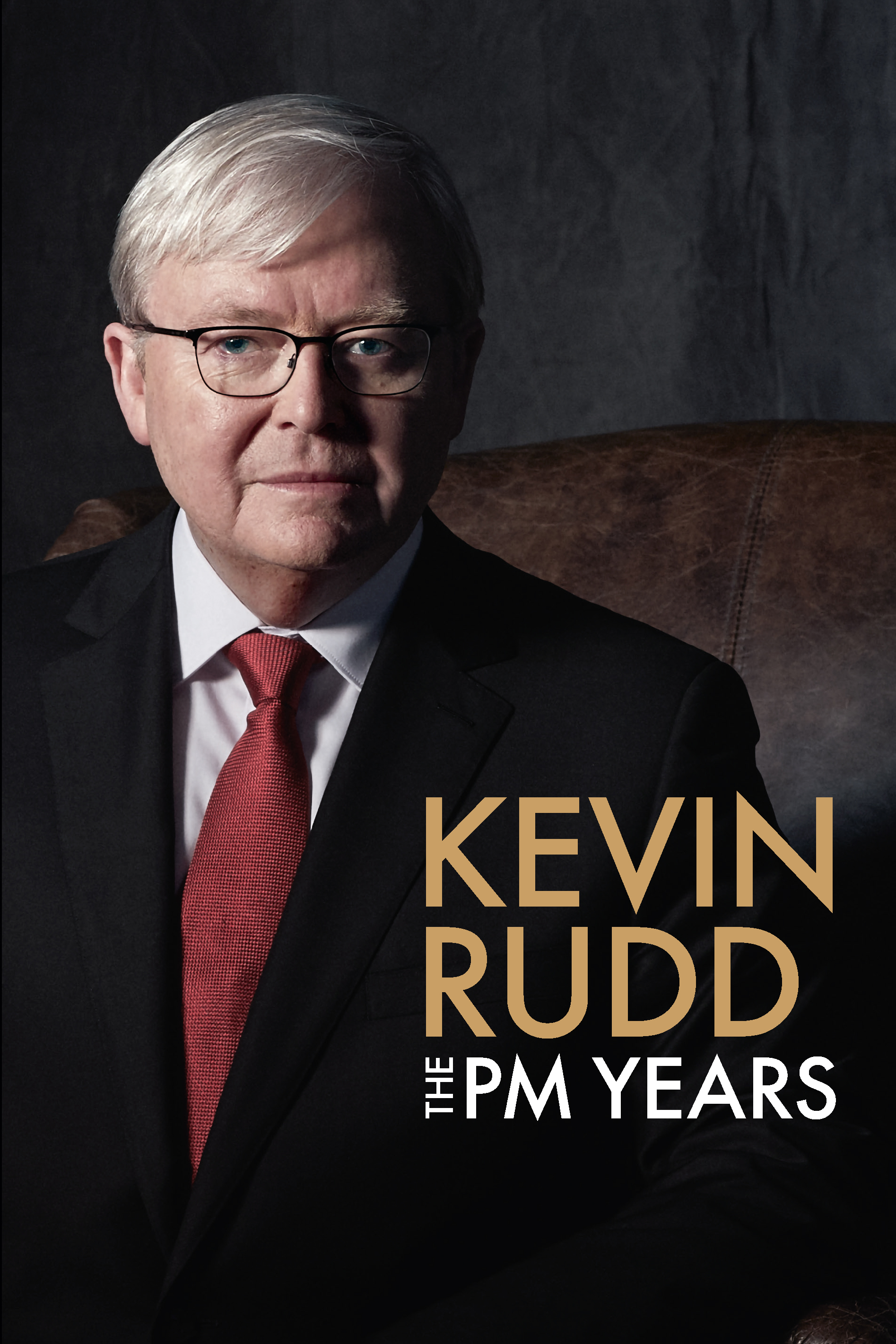 Along the way, in his open, vernacular style, the former prime minister gives us a thoughtful account of power and its perils – the opportunities of office, the entrenched interests encountered, the internal pressures that splits asunder people once friends. He reminds us that doing is harder than commentary – as those who pushed him aside discovered in their turn.

For this leader we see something of the risks weighed, the key cabinet decisions, the paths not taken. We get to know someone who cares about policy ideas – a sort of one-man roving summit. We watch as an experienced official leads the Council of Australian Governments, builds national partnerships, gives Australia a voice in global discussions.

Kevin shares the disappointments, too, political and personal, those wild blasts of treachery and weirdness that blow sometimes through the business of politics – the ambition and the damage done.

Every Australian who lived through those years, and those who study Australian history in the future, will have a view about Kevin Rudd. With The PM Years, Australians can meet the man for themselves. They yet may be surprised what they discover.

So, with congratulations to the author, and warm regards to Thérèse and the family, it is an honour to launch Kevin Rudd’s The PM Years.