A History of the Modern Australian University by Hannah Forsyth

Forsyth’s book, written in an accessible and occasionally anecdotal style, fills a gap for those looking for a readable perspective of how we came to be where we are in higher education. The book, however, does need to be counterpoised with books that drill down in more detail into various historical aspects of the Australian university system, such as Stuart Macintyre’s politically judicious The Poor Relation: A History of Social Sciences in Australia (2010). Margaret Thornton’s Privatising the Public University: The Case of Law (2012), surprisingly not cited in Forsyth’s bibliography, demonstrates, like Forsyth’s book, how changes in funding régimes have altered the ways in which students approach higher education, as well as the way in which universities are governed. 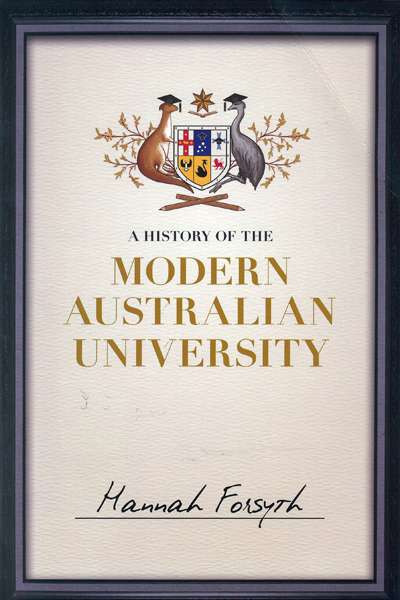