When the United States recently announced its commitment to enforce a ‘no-fly zone’ in Libya, the State Department spokesman was asked whether the United States was now at war. He could only manage a floundering non-answer. The unfortunate spokesman’s difficulty with this apparently simple question is a reminder of the vast changes in the nature of military conflict in recent decades. Major conflicts are seldom a matter of one state formally declaring war on another, with a largely agreed set of rules on the conduct of operations (sometimes flouted in horrific ways) and with some generally accepted markers of victory and defeat. 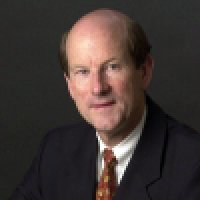 Peter Edwards is an historian specialising in Australia’s national security policies and policy-making. He is the Official Historian of Australia’s involvement in conflicts in Malaya, Borneo, and Vietnam, for which he wrote Crises and Commitments (1992) and A Nation at War (1997). He is also the author of Arthur Tange: Last of the Mandarins (2006), Permanent Friends? Historical Reflections on the Australian–American Alliance (2005), and Prime Ministers and Diplomats (1983); the co-editor of Facing North (vol. 2, 2003); the editor of Defence Policy-Making (2008) and  Australia Through American Eyes (1977); and a founding editor of the series of Documents on Australian Foreign Policy.