'I have no money and no husband,' comments Lady Susan Vernon (Kate Beckinsale) in Love and Friendship, Whit Stillman's adaptation of Jane Austen's novella, Lady Susan. The dilemma is common both to Austen's heroines and to this American director's: his five films have charted the romantic fortunes of young bourgeois women whose allowances won't quite support their aspirations, and whose relationships with men are, in large part, tactical alliances of wealth and status. For sheer cunning, however, Lady Susan outdoes them all. She charms, she dissembles, she strategises like a military general. 'In one's plight lies one's opportunity,' she observes.

Lady Susan is an outlier among Austen's works. It was written early, around 1794, when the author was in her late teens, but remained unpublished until 1871. It is an epistolary novel; there is no direct dialogue, an absence that Stillman, who scripts his own films, has turned into his own kind of opportunity. Stillman is free to invent conversations, and does so with a wit sharp enough to match Austen's. Love and Friendship is very funny, funnier still for its absence of moral reckoning. Lady Susan knows herself to be the smartest person in the room, but she is not required to submit to her intelligence to humility, as some of Austen's later heroines must. Lady Susan has no virtues; she merely excels in affecting them. One cannot help but be dazzled by her, if only momentarily.

In her mid-thirties, Lady Susan is recently widowed. She and her sixteen-year-old daughter, Frederica (Morfydd Clark), are dependent upon the kindness of relatives and friends; as the film opens they are in flight from a wealthy estate, Langford, where Lady Susan has created discord by flirting shamelessly with the married Lord Manwaring, to the discomfiture of his wife. She has also succeeded in detaching the silly baronet Sir James Martin ('a bit of a rattle') from his ostensible lover, the eligible Miss Manwaring, and transferring his attentions her daughter. Frederica has refused his proposals. 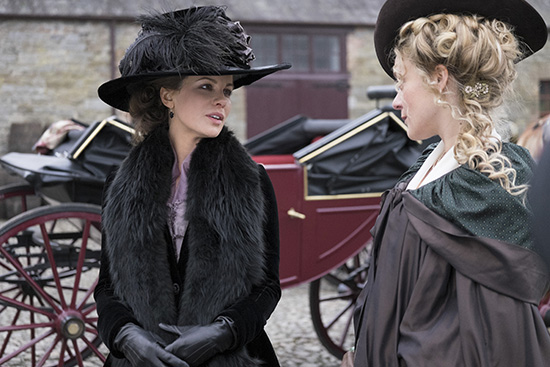 Lady Susan never loses track of her own suitors – among them Reginald De Courcy (Xavier Samuel), the handsome brother of her sister-in-law, Catherine Vernon (Emma Greenwell) – but the plot is really driven by a battle over the fate of Frederica. Lady Susan is determined to see her daughter married to Sir James Martin (played with comic exuberance by Tom Bennett), but the Vernon and De Courcy families have other ideas. They promote a match between Frederica and Reginald, sensing in the daughter a dependable modesty quite absent in her mother.

In Austen's novel, correspondence flows between two main pairs: Catherine Vernon and her mother, Lady De Courcy; and Lady Susan and her intimate friend, Mrs Alicia Johnson. Although there is some use of letters in Stillman's adaptation – including a scene where fragments of text pop up on screen, to amusing effect – the various exchanges and intrigues are mostly transferred to conversation. But the sense remains, carried over from the novel, that the main characters know they are engaged in a kind of performance, adapting their behaviour to suit their immediate audience. Lady Susan is ingratiating with Catherine, high-minded with Reginald, severe with Frederica, and gloriously nasty with Mrs Johnson. The latter is portrayed in the film by Chloë Sevigny as an American in exile.

Stillman's casting of Kate Beckinsale and Sevigny reunites him with two performers he has used before, in not dissimilar roles. In The Last Days of Disco (1998), set during the early 1980s, the two played Manhattan editors vying for love and success. They were more rivals than friends, and Beckinsale, as the marvellously passive-aggressive Charlotte Pingress, was the more dominant character, as she is here. Her Lady Susan is the right blend of calculation and allure: even her mourning clothes are worn to catch the eye. 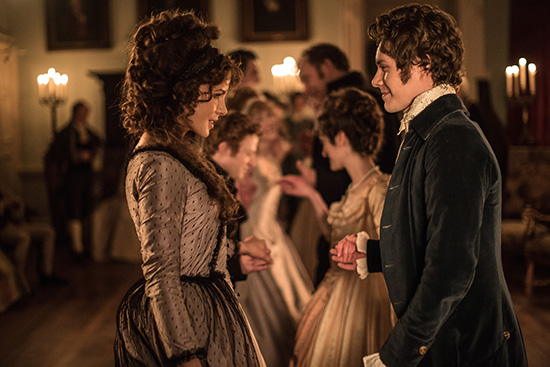 A good part of the pleasure of Love and Friendship derives from watching well-dressed people behave badly. The frocks are lovely, the coats dashing, the colour scheme buttery and light, all offsetting the rampant self-interest on display. Stillman favours mid-shots, the better to observe his characters as they move; like Austen before him he is preoccupied with codes of etiquette, and the function of these codes in social space. Love and Friendship involves much bustling in and out of rooms, just as The Last Days of Disco was concerned with who got past the nightclub rope and who didn't. For Lady Susan, every space is a stage – and a staging post – for her schemes.

'Artlessness will never do in love matters,' she says.

Love and Friendship, directed by Whit Stillman and distributed by Transmission Films, opens in selected cinemas on 21 July 2016.