Everything about Chris Flynn’s Mammoth – the characters, plot, and structure – should not work. But it does, and beautifully so. Mammoth is narrated by the fossilised remains of a 13,354-year-old extinct American Mammoth (Mammut americanum), who likes to be addressed as Mammut. On 24 March 2007, the eve of his sale at the Natural History Auction in New York, Mammut finds himself in a room with Tyrannosaurus bataar (who prefers to be called T.bat).

Time, especially deep time, is a major preoccupation in the novel. Mammut is an infant from the point of view of T.bat (who lived around seventy million years ago), but because Mammut walked the Earth with ancient humans and has lived as a fossil among humans for more than two hundred years (T.bat was only unearthed in 1991), he has experience other fossils do not. To pass the time on the night before the auction, Mammut tells the tale of his life, his death, and his reawakening as a fossil travelling the world at the whims of Homo sapiens (whom all characters refer to as hominids). 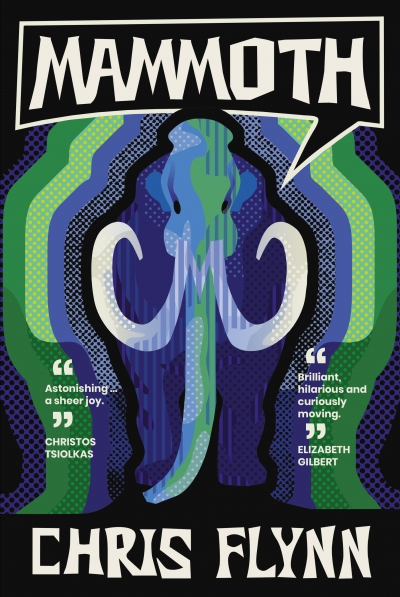