Like Nothing on this Earth: A literary history of the wheatbelt by Tony Hughes-d’Aeth

In his Epilogue to this major study of the West Australian wheatbelt and its writers, Tony Hughes-d’Aeth describes his work. With no ‘exact precedent’ in Australian scholarship, it is ‘best thought of as an amalgam of literary history, literary sociology and literary geography’. To achieve this, Hughes-d’Aeth traces the idea of the wheatbelt through intensive readings of the work of eleven writers. In their writing it is a created place, ‘an entity sustained by human imagination’. The literature captures and records the changes, broadly environmental and social, that have impacted on it.

While the wheatbelt in Western Australia can be seen as part of an Australian and worldwide phenomenon, the advent of large-scale wheat farming in the nineteenth century, its characteristics are peculiarly its own. It covers an area close to the size of Britain, in the most ancient part of Australia, and exists on a largely waterless plain. Its limits are defined by rainfall patterns and its beginnings in the late nineteenth century were enabled by the gold boom in Western Australia. The discovery of gold brought people seeking a new future to the state, while access to superphosphate gave the land its potential fertility.

Delys Bird is a Senior Honorary Research Fellow in the School of Humanities at the University of Western Australia. She recently retired as the co-editor of Westerly. Her publications include a co-edited book of essays on Elizabeth Jolley’s fiction, Elizabeth Jolley: New Critical Essays and a critical edition of nine of Jolley’s radio plays, Off the Air: Elizabeth Jolley’s Radio Plays. She has published widely on Australian women’s writing. 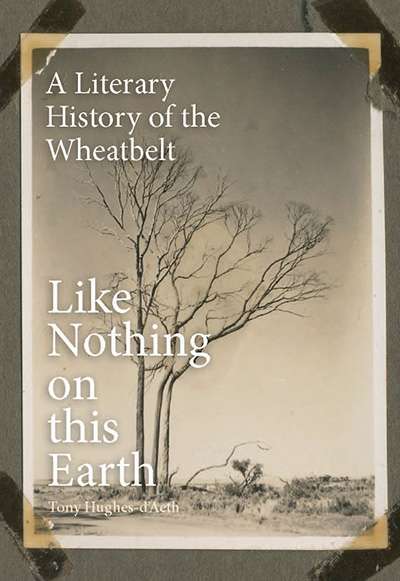 Like Nothing on this Earth: A literary history of the wheatbelt