Moral Injury: Unseen Wounds in an age of barbarism edited by Tom Frame

Military personnel on active service are deliberately put in harm's way. The harm can be physical, psychological, and moral. The first two kinds are well known if not well understood. But what of the third kind of harm? How does moral harm differ from psychological harm? This collection attempts to answer the question by bringing together the views of many people: experts, leaders, combatants, ex-soldiers, philosophers, psychologists, clerics. The result is a rich and varied set of insights.

The preferred term is 'moral injury'. Injury is lasting harm caused by an event or a series of events, so moral injury is most readily defined as a lasting moral harm caused by an event or a series of events. This might seem obvious at first sight, but the term is much contested. That it is a real phenomenon and something we need to understand is incontestable. Consider the experience of one particular contributor to the collection, who prefers to remain anonymous. It is the experience of a combat engineer and high-risk search adviser working in the Uruzgan Province of Afghanistan. His traumatic recollections include one particular incident that gives poignant testimony to the reality of moral injury. After a suspected improvised explosive device (IED) was discovered in a remote pass, the engineer faced the task of organising its disarming. The only available team had just returned to base exhausted and in need of rest. The engineer requested another team from headquarters, but none was available. Eventually, he decided to await the return of a resupply patrol. He informed the local Afghan forces and advised their commander to send Afghan troops to guard the site until the IED could be safely disarmed. He did so knowing that it was likely the Afghan soldiers would not stick with the plan and would abandon the site. When the IED exploded killing four civilians and wounding six others, including a woman and four children, the engineer punished himself by attending to the wounded on their transfer to base. He blamed himself for a slaughter he could have prevented, and was traumatised by the experience. The rest of his narrative sets out, with unnerving precision, the extent and depth of his suffering on return to civilian life.

Damian Cox is a philosopher with research interests in moral psychology, ethical theory, and philosophy and film. With Marguerite La Caze and Michael Levine he is author of Integrity and the Fragile Self (2003); with Michael Levine and Saul Newman, Politics Most Unusual: Violence, Sovereignty and Democracy in the War on Terror (2009); and, with Michael Levine, Thinking Through Film (2012). He teaches at Bond University. 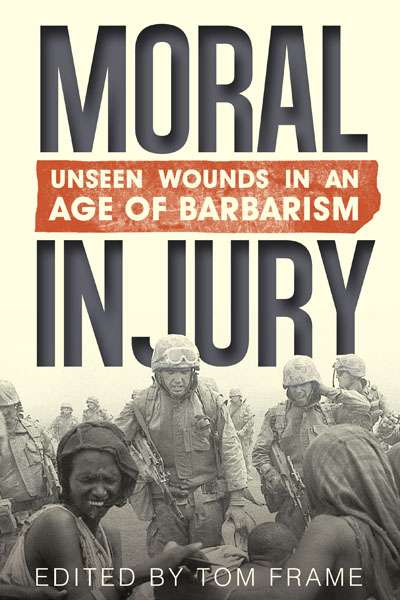 Moral Injury: Unseen Wounds in an age of barbarism