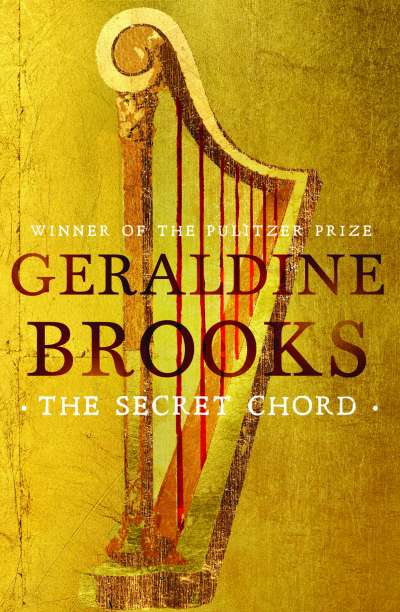 Geraldine Brooks credits her son, Nathaniel, with sparking the idea and title for her latest novel. For his bar mitzvah, Nathaniel chose to play an arrangement for harp of Leonard Cohen’s famous ‘Hallelujah’. It begins with these lines: ‘Now I’ve heard there was a secret chord / That David played, and it pleased the Lord.’

Music is crucial to Brooks’s novel – the warp to its narrative weft. And it was Nathaniel’s harp that rekindled Brooks’s interest in the Bible and its legendary harpist king. She is clearly not a writer daunted by precedents: David’s history, told in fragments in the Books of Samuel, 1 Kings and 1 Chronicles, is one of the world’s most famous and familiar accounts of human charisma, power, musical genius, love, ruthlessness, and treachery ever passed down, a history claimed and retold in most of the great religious traditions, and exhaustively represented ­in art and music. Pierre Abélard’s plangent twelfth-century Lament is one of the world’s most poignant evocations of the love of one man (David) for another (Jonathan). David’s person, loves, and wives (Batsheva most famously) have inspired countless representations. Writers over the centuries have mined David’s story, in high-pitched verse (Dryden) and fiction (Arthur Conan Doyle, William Faulkner, Joseph Heller). David’s character, ‘in all its dazzling contradictions’ (Brooks’s phrase), continues to fascinate. Perhaps it is the contradictions that most compel us: David, for all his brilliance, was human, fallible – ‘The baffled king composing Hallelujah’, as Leonard Cohen puts it.