The Europeans in Australia: Volume Two: Democracy by Alan Atkinson

Manning Clark rescued Australian history from blandness and predictability by making Australia a cockpit in which the great faiths of Europe continued their battle, with results that were distinctive. He concentrated on the great characters who were bearers of one of the faiths: Protestantism, Catholicism, or the Enlightenment.

Alan Atkinson is modestly offering three volumes instead of Clark’s six. This is Volume Two, which covers the years 1820 to 1870. Atkinson is the more democratic historian; he is tracing the history of the ‘common imagination’ in Australia, which involves him getting to the ‘marrow of common life’. The great characters have their place in his books – more in Volume One (subtitled The Beginning, 1997) than in this one – but their importance is the shape they give by speech or action to the common life.

Atkinson is an oddity among the left-liberal intelligentsia of the academy. He defended the monarchy during the republican debate, but for reasons quite contrary to those of the monarchists. They defended the monarch because she was inconsequential; he because he saw the crown as an energising and creative force in Australia. The creative crown was a central theme of Volume One. The heresy of this volume is that Atkinson refuses to accept the myth about Australia and its future propagated by William Wentworth, the great native son, who fought for the liberties of his country by accusing his ‘aristocratic’ opponents of having no care for it. Atkinson is more impressed by the conservative James Macarthur and his circle, who were concerned with the quality of society in the colony and the lives that might be lived in it – which are Atkinson’s concerns, too. It does not look as if he is going to make Clark’s mistake of thinking the quality of Australian civilisation depends on the party complexion of the government in office – for Manning, finally, it had to be Labor. 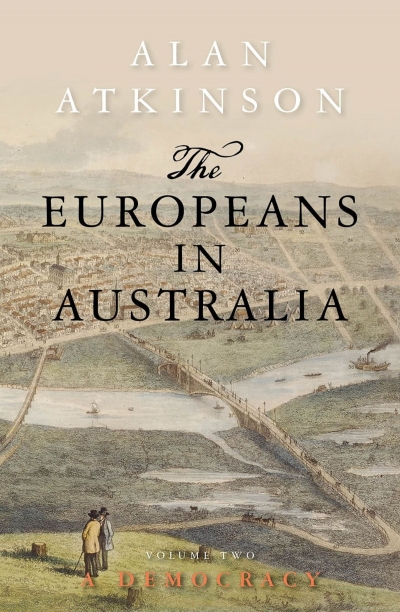