Past the Headlands by Garry Disher

Contemporary Australian fiction continues to lean on the national past. Perhaps that’s a comment on the present, or the future, for that matter. It seems to be not so much a matter of the past being experientially ‘another country’, but a more engaging version of the literal one. Edgy, experimental attempts to represent the here and now, and to foretell what may lie ahead, such as Bernard Cohen’s Snowdome, are relatively thin on the ground; better, for example, to revive Our Ned for one more fictional fling. War, of all historical subjects, compels the Australian imagination more than any other. Yet World War II, less mythologised than its historical predecessor, but much more important to Australia, warrants more attention than it has received. It is sometimes said that Vietnam was the moment when Australia realised Asia wasn’t ‘the East’ (a cartographical absurdity we inherited from Europe), but its Near North. That’s nonsense: it was early 1942, with the Japanese ‘thrust’ down the Malay Peninsula, the Fall of Singapore, and the bombing of Darwin, that alerted Australia to its regional situation.

Garry Disher tackles this historical terrain in his new novel. Its hero, Neil Quiller, was born in England to an Australian mother just after World War I, the product of a wartime romance. When she dies, he is sent back, aged thirteen, to Haarlem Downs, the family cattle station on the Kimberley coast of far north-west Australia. Quiller’s ‘years of exile’ are abruptly ended by the outbreak of war, which he sees as an opportunity to reclaim his tenuous English identity. A capable pilot, Quiller serves as a photo-reconnaissance pilot for the RAF, flying perilous sorties from bases in Malaya, before becoming caught up in the Japanese invasion. 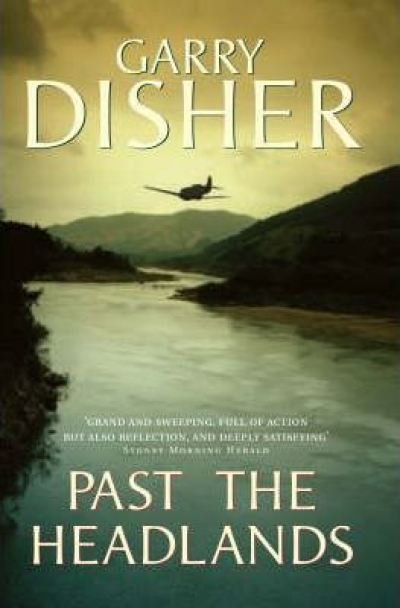