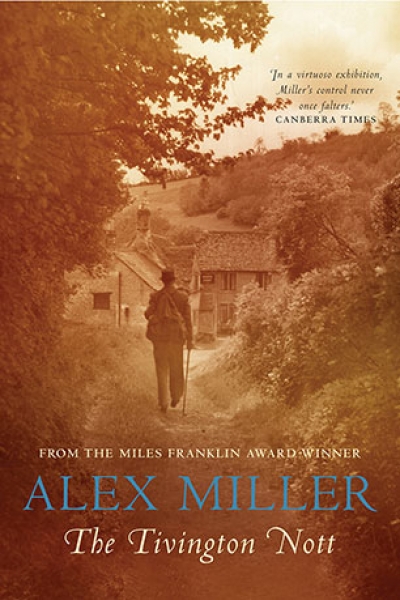 Don’t be put off by the cover of Alex Miller’s most recent novel, where a stag-at-bay is invoked, rather reminiscent of an early century front parlour picture. Although this novel is firmly set in period and place, it simply cannot be understated as the definitive deer-hunting tale. There is also the powerful universal sub-theme of the outsider searching for meaning and identity in a society firmly entrenched in a rigid and outdated class system.

The unnamed narrator, a city boy who will not bow his head nor address his employer as ‘Master’, finds himself struggling to survive in an alien, often cruel environment where the caste system reigns unchallenged and where the individual’s place within the system is rigidly upheld and no-one dares or even desires to alter it.

No matter how lowly the rung, positions on the ladder are firmly maintained. Titled and landed gentry, tenant farmers and labourers stick to their own kind and this unhealthy, debilitating breeding process of like-with-like extends to the local animals, both wild and domestic. The most brutal example of this genetic selectivity is vividly illustrated in a brief sequence describing the release of the stud bull Diplomat:

When he’s not actually doing his business this two-and-a-half ton animal is secured by the neck with something like an anchor chain in a pen not much bigger than he is. Restless is not the word. He’s got the insane yellow eyes of a cornered cat eaten up with soured energy. ...

The scene that follows is one of power and simplicity. This is the key to Miller’s unique style, which is not literary. Wonderful writing, imaginative, evocative and totally accessible.