Between my Father and the King by Janet Frame

Over half the stories collected in Between My Father and the King have not been published before – whether through reluctance, initial rejection, or restraint – and are only now, with this posthumous publication, reaching an audience. Others have appeared everywhere from the New Zealand School Journal to The New Yorker, from the mid-1940s through to 2010.

The bond between Janet Frame’s own father and ‘the King’ – recalled in To the Island (1982), the first book in her three-volume autobiography – took the form of a debt of £50 incurred in the establishment of the family home. Fictionalised, Frame’s father inverts the power dynamic between himself and his royal master by drawing up a bill listing his war wounds as payment made – a small but edifying triumph.

Frame’s writing, here as elsewhere, is distinguished by an exquisitely astute eye for the anthropomorphic character of the natural landscape. Descriptions of trees, flowers, bees, and hedgehogs conjure personalities and intentions as distinct as those attributed to people. In ‘Gavin Highly’, we are told of ‘willows that knew whenever their limbs failed, and lived near the creek, so as to be able to drop their dead parts down for burying’.

Frame’s observational power turns also to the people whose frailties, ambitions and peculiarities weave through her stories, rendering them by turns both more and less than human. There are the envied next door neighbours in ‘The Plum Tree and the Hammock’, with their ‘sandy-coloured hair, freckles, and a wrinkled skin, tinted yellow, like old reptilian armour’; and the recently deceased husband in ‘The Atomiser’, with his ‘long legs that stretched when he stood up and half-folded when he sat down, like the twilight shadows of the blades of pocket knives’. Frame’s eye for telling details that illuminate character, mood, place, time, vagaries of speech, and turns of phrase is as sharp here as in any of her fictions.

‘The lived reality of poverty, its ubiquitous pressure, is a thread that runs through many of these stories’

The question of who is speaking in Frame’s stories is never simply answered; here and there we see the subtle movement in and out of a first-person perspective, sometimes into an extremely close, or at others a more distant, third person. Occasionally the rare and often challenging second-person voice makes an appearance, used either by an embedded character or by an unnamed narrator, destabilising the reader’s sense that they are privy to a consistent or identifiable point of view.

The lived reality of poverty, its ubiquitous pressure, is a thread that runs through many of these stories, something that is perhaps not surprising given Frame’s own childhood experiences of the Great Depression. From the imaginative heft of a two guinea fee owed to the idealised Miss Heafy in ‘University Entrance’, to the ‘Only Temporary’ boarding-house world of ‘Big Money’, money or the lack of it looms large in the lives of many characters, curtailing ambitions and occasionally even lives.

Frame always dealt deftly with the darkest parts of human nature, in a way that is utterly unsensational and matter-of-fact – all the much more effective for that. The posthumously published ‘Dot’,  like the hitherto unpublished ‘Big Money’, is marked by a dénouement whose stomach-clenching shock derives as much from the subtlety with which it is handled as from its content.

In ‘I Got a Shoes’, we get our first glimpse of the world of psychiatric care that Frame knew intimately. ‘A Night at the Opera’, which follows immediately after, draws us into even darker territory. Those beyond the reach of treats and visits are the ‘huddled quiet ones with sun-stained faces’. The inexplica- bility, the sheer impenetrability of their silence – like that of Decima James in The Carpathians (1988), the last novel Frame published during her lifetime – is ‘a different kind of violence, an assault on everything that we imagined human’. This story is arguably the gem in the book – no small feat in such a diverse and engrossing collection – with its slipping of the veil between the escapist world of film and the all-too-real theatre of the everyday in Park House.

Then the day’s thin scenery toppled over, revealing the true dark. A real wind came blowing clearly, without pretence or laughter, from the cold actual sea, and spread its layers of knives across the empty stage. Unless it was protected by some miracle of faith, tomorrow would bleed, walking here.

Not all the stories are brilliant; one or two feel hustled in for padding. But these are the exceptions. There is more than enough here to demonstrate what made Frame such a vibrant, insightful, insistent, and distinctive writer. There is the sly and enchanting magic realism of ‘The Wind Brother’ and his snow mountain of undelivered letters; and the eerie underground shopping kingdom of ‘The Friday Night World’. ‘Gorse Is Not People’, famously denied publication on the basis of its bleak conclusion, is indeed heartbreaking – short, simple, and devastating. Its final publication in The New Yorker and now in this collection can only be celebrated.

‘An Electric Blanket’, apparently disliked by Frame’s close friend and mentor Frank Sargeson and not published until now, is beautiful, strange, and moving – a telling slice of married life, unmarred by sentimentality.

A wonderfully evocative distinction is drawn between memory and nostalgia in ‘The Spider’; nostalgia is memory that ‘bypassing the preservative process, turns sour’. There is nothing sour here. Memory, irradiating so many of these stories, is fresh and vibrant – as vivid as Frame’s enduring prose. 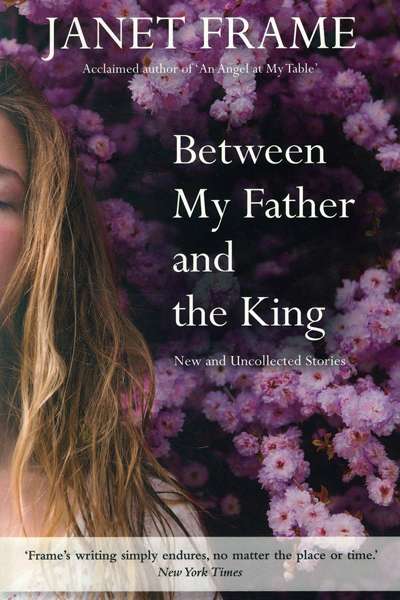