The man traditionally held to have written about half of the New Testament is variously known as Saul of Tarsus, Paul the Apostle, and St Paul. Initially an enthusiastic persecutor of the earliest Christians, he underwent a dramatic conversion shortly after the Crucifixion, and it is on this moment that his life, and Christos Tsiolkas’s new novel, both turn. Damascus covers the period 35–87 CE, from shortly before Paul’s conversion until twenty or more years after his death. This chronology is not straightforwardly linear, with an assortment of narrators recounting their personal experiences, at various times and from various points of view, of Christianity’s birth and spread amid the brutal realities of the Roman Empire. 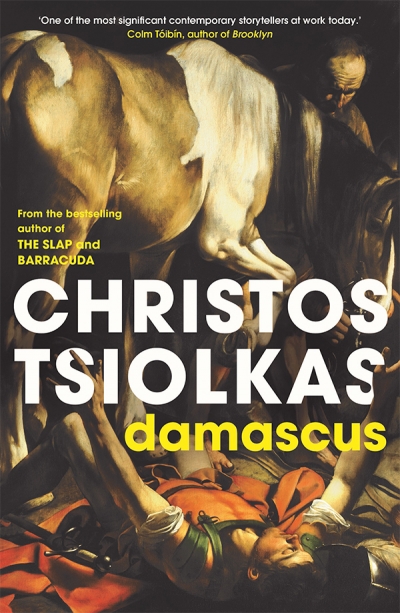