Other People’s Houses by Hilary McPhee

In the spring of 2003, a person from Hilary McPhee’s past got in touch with her. McPhee did not remember the woman’s name but recognised her immediately when they met for coffee. At high school they had played hockey together for a team called the Colac Battlers. The woman had been working for years as a personal assistant at a palace in Jordan, and her purpose in contacting McPhee wasn’t merely to reminisce. At one point in their conversation, she lowered her voice, glanced around the busy inner-Melbourne café and said that McPhee might hear from someone in Amman, the Jordanian capital, about a writing project.

This thrillerish scene is the starting point of the second volume of McPhee’s memoirs. In the first, Other People’s Words (2001), McPhee told the story of her early life and her career in publishing, culminating in her co-founding and running the independent publishing house McPhee Gribble. The firm’s financial struggles and eventual buy-out meant the book ended on a rueful note, but McPhee subsequently went on to do other big things, including chairing – and reorganising – the Australia Council for the Arts. By the time of the odd little reunion in the cafe, she had long been a highly respected and influential figure in literary and cultural circles. But she was restless.

Jane Cadzow writes mainly for Good Weekend, the magazine published on Saturdays with The Sydney Morning Herald and The Age. She studied journalism at the University of Queensland, and started her career at The Courier-Mail before moving to The Australian. She has won two Walkley Awards for magazine feature writing. She lives in Canberra. 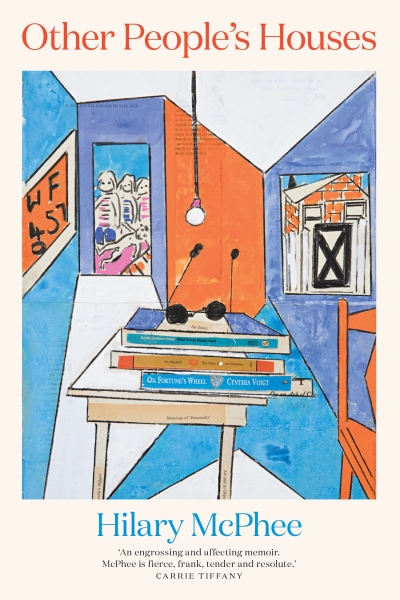