The Daemon Knows: Literary Greatness and the American Sublime by Harold Bloom

As he reminds his readers on numerous occasions in The Daemon Knows: Literary Greatness and the American Sublime, Harold Bloom is now well into his eighties. He has spent a lifetime teaching and writing about literature at Yale University, where he has long claimed to constitute a 'department of one'. The claim is part lament, part affectation, part boast. But it is true enough that Bloom is an uncommon critic. His achievements include developing theories of literary influence, creativity, and canonisation that are so obviously extensions of his aesthetic preferences that he regularly abandons the pretence that they are anything else. He writes of his devotion to literature as if it were a private religion and a source of solace, interrupting his exegeses to garland works that embody his ideal of greatness, or to reminisce about reading them for the first time, or to comment on their enduring personal appeal. He holds a 'firm conviction that true criticism recognizes itself as a mode of memoir'. In a passage that characterises literary criticism as a form of projection, he remarks: 'I believe there is no critical method except yourself.'

The line is a sly rewriting of T.S. Eliot's assertion that the only method is to be 'very intelligent'. And like Eliot's maxim, it is more of a rhetorical flourish than an applicable formula. (I mean, it's not exactly a helpful observation, is it?) It does, however, raise a number of pertinent questions about Bloom's thinking and what exactly we are to make of the elaborate architecture of his literary theories. 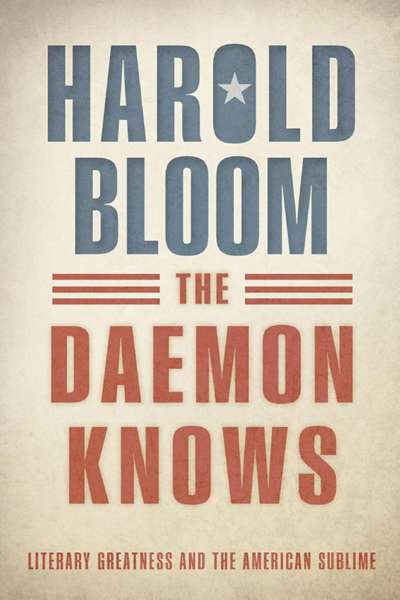 The Daemon Knows: Literary Greatness and the American Sublime