The reconstruction of the built environment that followed World War II was central to the development of international design in the third quarter of the twentieth century. This is the background and context for Mid-Century Modern Complete, a large volume which covers design and architecture (mostly European and North American) from the 1940s to the early 1970s. As Dominic Bradbury notes in the introduction in this recent addition to an ever-expanding literature: ‘For designers and architects, especially, it was an extraordinary time to be at work, and the opportunities for creativity and originality were widespread and welcome.’ The wide range of images, covering everything produced for the home and beyond, shows how original and how pervasive modern design was (and is).

Spurred by rampant consumerism in the United States, and complemented by numerous technological and manufacturing advances and more specialist teaching and trainers of designers, it is little wonder that there was such an amazing efflorescence of design, and not surprising that so much stuff was made. (It will be an intrepid historian who follows the path of Asa Briggs’s Victorian Things and makes a similar study of Elizabethan things from the second half of the twentieth century.) The attractive design of much postwar furniture and objects appeals to a modern sensibility and has ensured their survival. Furthermore, so much was produced (and frequently reproduced), with many designs staying in production for decades ‘(e.g. Charles and Ray Eames’s chairs and David Mellor cutlery), that an astonishing range of second-hand furniture, glassware, ceramics, and cutlery from the 1950s to the 1970s is still available. The best and rarest examples are avidly sought by collectors and museums, and fetch huge prices. Others can often be found cheaply, in immaculate condition, sometimes unused and retaining original makers’ or retailers’ labels and packaging. Is this due to the fact that the first owners did not like using fragile or awkward glassware and cutlery in the first place, or did they just have too many things to choose from in their houses and left their modernist wedding presents stored at the back of cupboards, a legacy for their children to dispose of? 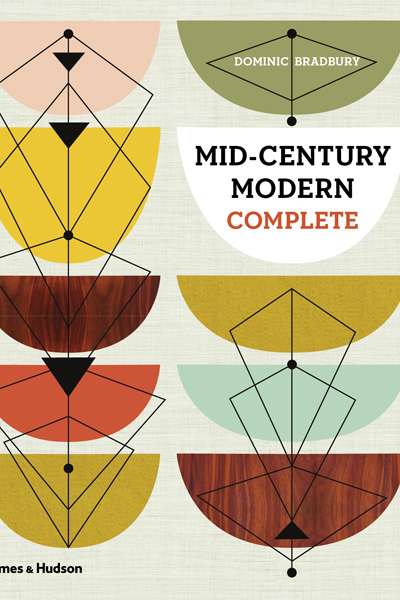