Late in 2005, after months of delicate negotiations, the National Library of Australia announced a remarkable coup: the purchase of a previously unknown collection of fifty-six watercolours of botanical and ornithological subjects drawn and painted in Sydney in the years 1788–90, the cradle period of European settlement in Port Jackson. The significance of these paintings, unsigned and undated, had for many years gone unrecognised. The watercolours, apparently acquired as early as 1792, had been held in England over several generations by the Moreton family, the Earls of Ducie. Over several generations, their significance had apparently been overlooked or simply not understood; in time, the portfolio, though safely held, had been forgotten. It came to light in 2004 during a routine valuation of the estate of Basil Moreton, sixth Earl of Ducie. The eventual sale was negotiated with representatives of the present and seventh Earl, David Moreton, who was committed to honouring his family’s long connection with Australia on properties in Queensland. But before that, it was necessary to identify the works more definitively beyond their (then) presumed Australian subject matter.

John Thompson is a historian and writer now living in Sydney after a long career at the National Library of Australia in Canberra. He holds a doctorate in history from the Australian National University and has written for various journals. He is a frequent reviewer for Australian Book Review. The author of The Patrician and the Bloke: Geoffrey Serle and the Making of Australian History (2006), he co-edited (with Brenda Niall) The Oxford Book of Australian Letters (1998). His anthology Documents that Shaped Australia was published in 2010. 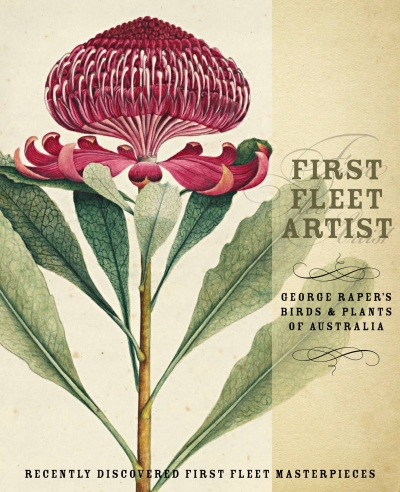