Sybil Thorndike: A star of life by Jonathan Croall

It used to be said in decades gone by that overseas acting luminaries only came to Australia when their stars were in decline. This was never true in the case of Sybil Thorndike, who was critically acclaimed here, and widely admired as a person. She was not one of those who was past her prime – or, like some, never had one. She remained in her prime until she died in 1976. It is indeed hard to imagine her contemplating any other approach.

Her acting career spanned sixty-five years, from 1904, when she made her professional stage début, until, aged eighty-eight, she appeared in The Great Inimitable Mr Dickens on television. Her career occupies seven columns in Who’s Who in the Theatre (1972), and that is mostly taken up with her stage roles, the diversity of which is astonishing. She played the title roles in Shaw’s Saint Joan and Candida, was an unforgettable Medea, embraced Grand Guignol (playing ‘a sixteen-year-old slut’ when she was nearly forty), played innumerable roles in Shakespeare and Chekhov, starred twice for N.C. Hunter, archetypal purveyor of the well-made play, in Waters of the Moon and A Day by the Sea … but there is no use going on with such a list. It would take the whole space available to me here. It is enough to say that she commanded the stage, not just as the grandest of grandes dames but as an actress who brought vigour and rigour to whatever she did. Edith Evans may have been subtler and Peggy Ashcroft more cerebrally impressive, but no one else was so ablaze with humanity – the humanity she found in every role she played. 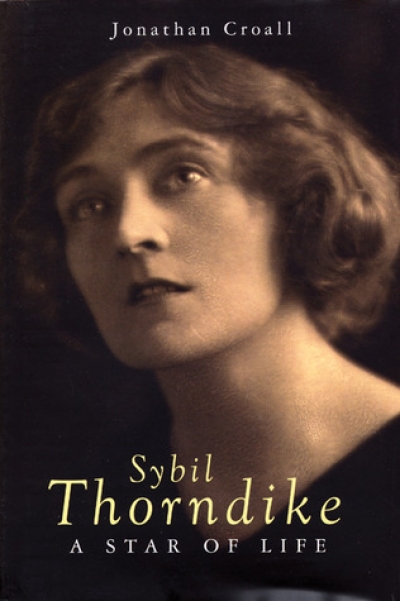 Sybil Thorndike: A star of life