Matthew Flinders, arriving in Sydney in 1803 after circumnavigating Australia, wrote to his wife bemoaning ‘the dreadful havock that death is making all around’. The sailors in Peter Mews’s Bright Planet have a more phlegmatic attitude. At least twelve of the ship’s complement of sixteen fail to survive the expedition. There may be more, but death becomes an everyday occurrence hardly worth mentioning. By the end, we are not entirely sure whether the remaining characters are alive or dead.

The line between fact and fiction is wavering and permeable in Bright Planet. The first inkling of something strange comes when the string quartet on page one is playing ‘a somewhat too lively arrangement of Mozart’s Fifth’. Then, all but two of the members of the Royal Geographical Society attending the meeting that opens the book and that initiates the Bright Planet’s expedition to explore inland from Port Phillip, are historical figures, some of them well known, such as Sir John Barrow. And the settlement at which the ship lands on the first day of 1842 is named Bareheep. Bareheep, along with Batmania, Bearbrass and Bareberp, was one of the names originally suggested for this settlement, which was, in real life, sensibly named Melbourne in 1837. 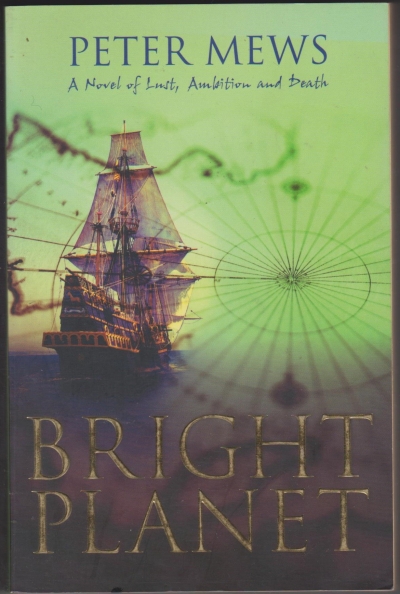