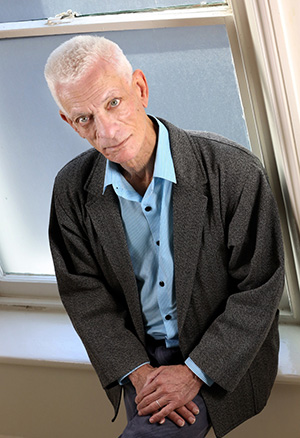 Robert Dessaix is a writer, broadcaster, essayist, and memoirist. His best-known books are the autobiography A Mother's Disgrace (1994), the novels Night Letters (1996) and Corfu (2001), and the travel memoirs Twilight of Love (2004) and Arabesques (2008). He taught Russian Language and Literature at the Australian National University and the University of New South Wales from 1972–84. From 1985–1995, he presented Books and Writing, a weekly program on ABC Radio National. He has also presented a radio series on Australian public intellectuals and great travellers in history, as well as regular programs on language. He now lives in Hobart, Tasmania.

Kerryn Goldsworthy has written on A Mother's Disgrace (1994) for ABR as part of the Reading Australia project. Click here to read her essay.

Delia Falconer reviews What Days Are For by Robert Dessaix, Australian Book Review, no. 367, December 2014

'Pushing against the dark: Writing about the hidden self' by Robert Dessaix, Australian Book Review, no. 340, April 2012

Jane Goodall reviews As I Was Saying: A collection of musings by Robert Dessaix, Australian Book Review, no. 339, March 2012

'Discourse with Dessaix makes for dizziness: Peter Davis talks to Robert Dessaix about his book, A Mother's Disgrace, language and the fluidity of memory', Canberra Times, 16 July 1994

'As Robert was saying: in conversation with Robert Dessaix', by Gail Bell, The Monthly, March 2012

'Robert Dessaix: What days are for', interviewed by Ramona Koval, YouTube, published 7 December 2014 by Wheeler Centre